Who is the fastest marathon walker in the world? The fastest walkers are those who use the racewalking technique. But the sport of racewalking doesn't have an international competition at the 26.2-mile (42-kilometer) marathon distance. Instead, the longest official racewalks are 50 kilometers (km), a distance that is about 5 miles longer than the marathon distance. There are several impressive times that give runners a good chase.

However, the sport of racewalking has also been plagued with doping scandals, much like other track and field sports and cycling. Some of the record holders and Olympic medal winners have been stripped due to doping. You can see these records as inspiration for your own marathon dreams, but also as cautionary tales.

The French walker set a record for the 50-kilometer to racewalk of 3:32:33 in Zürich, Switzerland, August 15, 2014. He would easily have qualified for the Boston Marathon with his walking time, which would have been 2:59:22 for the marathon, or a 6:50 per mile pace. He had such a margin over the previous record that he actually stopped to pick up a Portuguese flag to honor his recently-deceased grandmother, carrying it across the finish line along with the French flag. He also broke the record for the 50,000 meters track walk in 2011 with a time of 3:35:27.

This female Portuguese walker logged a 4:08:26 time for the inaugural women's 50-kilometer racewalk in Porto de Mos on January 15, 2017. This is the first official women's world record for that distance. She beat the previous fastest time by two minutes. Her time at the 40K mark was 3:14:19, so she would have easily finished a marathon in under 3:30. She went on to beat that record at the 2017 World Championships on August 13, 2017, with a time of 4:05:56 for 50 kilometers.

This Russian walker set the 50-kilometer road race walk record 3:34:14, in Cheboksary on May 11, 2008. He had been denied ratification for his 2004 record because no erythropoietin (EPO) test was performed. He went on to place third in the Beijing Olympic Games 50-kilometres Race Walk but was six minutes slower than his record. He was one of 14 Russian athletes who were implicated in doping when the urine samples were retested in 2016.

This Russian set a new Olympic Record for the 50-kilometer race walk on August 11, 2012, at the London Olympic Games with a time of 3:35:59. However, this gold medal was stripped from him in 2016 due to doping violations which led to no Russians being allowed to compete in the sport at the 2016 Summer Olympics.

This Italian set the previous 50-kilometer race walk Olympic Record in Beijing, 2008 with a time of 3:37:09. Unfortunately, he withdrew in the middle of the 2012 Olympic Games as he tested positive for the banned doping agent erythropoietin (EPO). He admitted to the doping in hopes of retaining his top position.

Andrey's 50-kilometer time of 3:37:41 in 1989 in Leningrad is his personal best, beating his 1991 Olympic gold finish in the 50K. Even more impressive is that this is a road race time, not a track time. That means he walked through the marathon in under 3:05.

The U.S. record for the 50-kilometer race walk was set by Curt on May 2, 1999, in Deauville-Mézidon, France. He walked it in 3:48:04, which placed him at 11th in the World Cup. He also set the 40-kilometer record that same year at 3:02:18 in Seville, Spain, August 25, 1999. These remain the American male records in these events through spring, 2018. Clausen began racewalking at age 12 in Stevens Point, Wisconsin. He attended Duke University and entered his first Olympic Trials in 1988, finishing the 50K in 15th place.

Prior to Burnett's new record, Erin Taylor-Talcott was the fastest U.S.woman for the 50-kilometer racewalk setting a record of 4:38:11 on Dec. 14, 2014, in Santee, California, USA.

If you are interested in learning to racewalk, get started with the basic technique and find a local coach to teach you this complicated form. If you simply want to walk faster you can speed up by using good walking posture, arm motion, and the right stride. Training for a marathon takes dedication, no matter what your speed. Expect to take most of a year to train if you are not already walking long distances. You will need consistent training, steadily building your endurance, to see you across the finish line. But remember, there are no shortcuts. 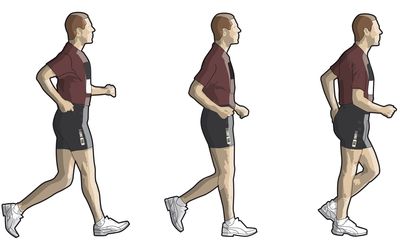 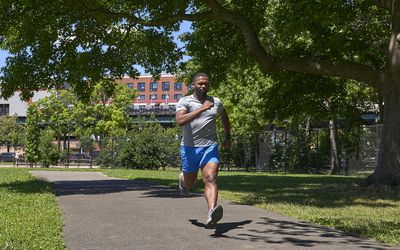 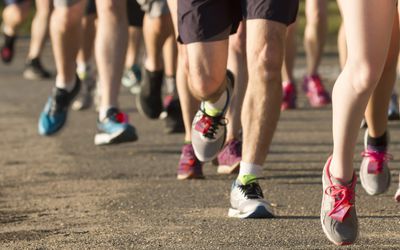 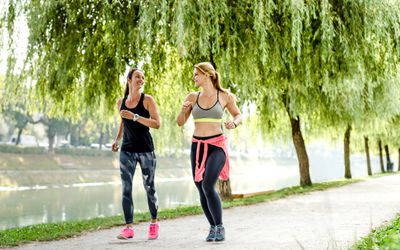 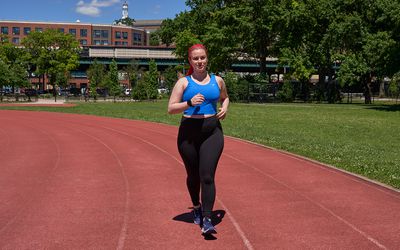 Walking Time for Distances From a Mile to Marathon 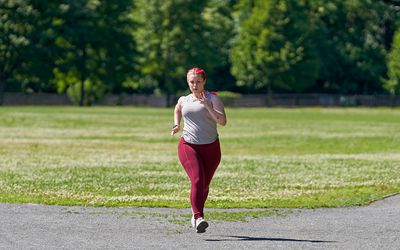 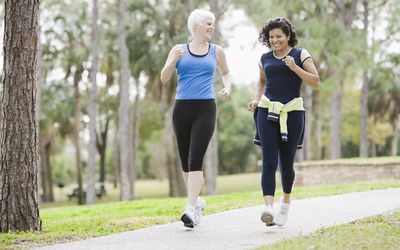 How to Speed Walk 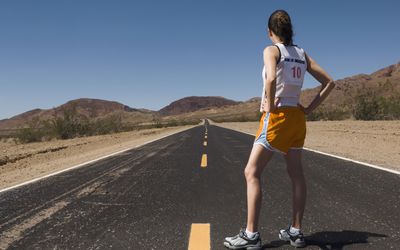 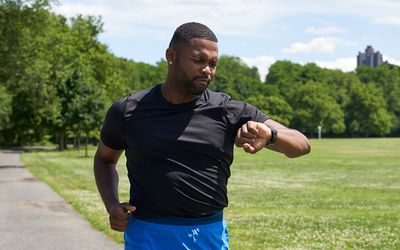 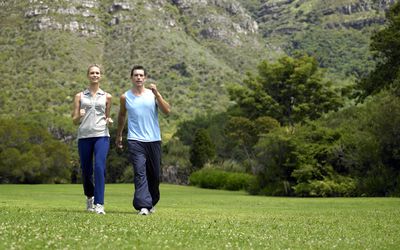