Wontons are a type of Chinese dumpling, sometimes also called wuntuns or wantans. They are usually filled with a combination of ingredients such as pork, shrimp, poultry, or vegetables. The ingredients are wrapped in a thin skin that is usually made out of wheat flour, wheat gluten, water, and corn or potato starch.

Different regions in China have various ways of folding and serving wontons. In the U.S. wontons are generally steamed or fried. Steamed wontons are the primary ingredient in wonton soup.

Wontons may provide some protein, but they may also be high in sodium and fat, depending on how they are prepared. Enjoyed in moderation, these steamed dumplings or wonton soup can add variety to a balanced diet.

The following nutrition information is provided by the USDA for one fried wonton (about 19g) filled with meat, poultry, or seafood, and vegetables. Keep in mind that when served as an appetizer, you may consume 2–3 wontons or more. In addition, appetizer (fried) wontons are often served with a dipping sauce that may add calories, fat, sugar, or sodium.

When wontons are steamed, the nutrition facts are different. One small steamed dumpling (21g) filled with meat, poultry, or seafood provides about 24 calories, 0.9g of fat, 77.3mg of sodium, 2.3g of carbohydrate, 0.2g of fiber, 0.4g of sugar, and 1.4g of protein. Most variations of wonton soup include 5–6 steamed wontons per bowl.

Wontons haven't been tested substantially for glycemic index. But the Glycemic Index database at the University of Sydney does provide one listing for a salted meat rice dumpling which has a glycemic index of 69, making it a moderate to high glycemic food.

You can add meat, poultry, or seafood to wontons to boost the protein content in this food, but wontons are not a significant source of the macronutrient. A fried wonton with these ingredients is likely to provide about 1.7 grams of protein per dumpling.

Wontons are generally not a significant source of vitamins or minerals, except for sodium, but will also depend on what they are filled with. However, consuming wonton soup may help you reach your daily recommended intake of nutrients such as vitamin B6 or vitamin K. But soup ingredients can vary substantially so it would be hard to rely on wonton soup as a significant source of any particular nutrient.

For instance, according to USDA data, a one-cup serving of wonton soup served in a restaurant provides about 0.18 mg of vitamin B6. Foods like chicken breast, tofu, or spinach contain varying levels of vitamin B6 and these ingredients may be included in some restaurant recipes. The recommended daily intake of vitamin B-6 for adults aged 19–50 years old is 1.3mg, so a cup would provide about 14% of your daily needs. Older adults and women who are pregnant or breastfeeding need more vitamin B6 every day.

Also, many recipes for wonton soup include Chinese cabbage as an ingredient. An ounce (28g) of Chinese cabbage that has been cooked and boiled can provide about 12% of the recommended daily intake of vitamin K.

Consuming fried or steamed wontons is not likely to impart any significant health benefits. The food does provide energy in the form of carbohydrates and fat. If meat, poultry, or seafood is added you'll also get a small benefit from protein which helps to build and maintain muscle mass.

Researchers still don't fully understand the relationship between cancer and vitamin B6 intake. But according to the National Institutes of Health, taking a vitamin B6 supplement is not likely to help.﻿﻿

Several studies have suggested that there is an association between vitamin B6 levels and brain function in the elderly. Some limited research has found that people who have higher blood levels of vitamin B6 have better memory as they age. But taking a vitamin B6 supplement has not been found to be effective, so more evidence is needed to fully understand this possible connection.﻿﻿

Vitamin K helps your body to maintain strong, healthy bones. There is some evidence suggesting that people who eat more foods with vitamin K (such as green leafy vegetables or soybeans) have stronger bones and are less likely to break a hip than those who eat less of these foods.

Shrimp is a popular wonton ingredient. Those with shellfish allergies should avoid wontons unless they know for sure that there is no shrimp contained in them and that there is no possibility of cross-contamination. People with a shellfish allergy may experience symptoms including vomiting, stomach cramps, shortness of breath, hives, swelling, dizziness, or confusion after exposure.

Less common allergies include pork allergy and chicken allergy. But both of these ingredients can be in wontons. If you suspect an allergy to either of these ingredients, read labels carefully, and avoid wontons until you speak to your healthcare provider about safety measures you should take to prevent a reaction.

There are some people who may want to avoid wontons or be very careful when choosing them in a restaurant or making them at home. There are several popular wonton ingredients that can cause adverse effects including wheat gluten, sodium, and MSG. However, not all wontons contain these ingredients.

Those with celiac disease or non-celiac gluten sensitivity should avoid wontons unless they know for sure that the item contains no gluten. Those who follow a low FODMAP diet may also want to be careful.

Typically, wonton wrappers are made with wheat flour and wheat gluten. These ingredients can trigger symptoms in those with celiac, non-celiac sensitivity, or irritable bowel syndrome. However, wontons can also be made with rice paper. Rice paper is made from tapioca and rice flour and is less likely to trigger symptoms.

Keep in mind, however, that just because the wrapper is gluten-free, doesn't necessarily mean the whole wonton dish is gluten-free. Soy sauce and brown sauces that contain soy sauce are usually not gluten-free.

Those who are sensitive to salt should exercise caution when consuming wontons. Especially if you order wontons in a restaurant or if you buy them prepackaged at your local grocery store, they may be high in sodium. In addition, dipping sauces like soy sauce or mustard sauce are likely to increase the sodium content.

A single fried wonton is likely to provide about 88.7 mg of sodium, according to USDA data. If you enjoy three of them as an appetizer, you'll consume 267mg of sodium—which doesn't sound too bad. But if you dip those wontons into a tablespoon of soy sauce, you'll consume another 879 mg of sodium.

Some prepackaged brands of wontons are also high in sodium. For example, one popular brand of pork wontons contains 640mg of sodium per serving and if you add the sauce, it adds another 420mg of sodium for a total of 1060 milligrams of sodium. The American Heart Association recommends consuming no more than 2,300mg of sodium per day.

Monosodium glutamate (MSG) is one of the most widely used food additives. It is often used as a sodium alternative and is commonly used in Asian dishes because it provides a savory umami flavor that many people enjoy. Unfortunately, the additive is also associated with many adverse effects. ﻿﻿

In fact, back in the 1970s, some people complained of a condition that was nicknamed "the wonton soup headache."﻿﻿ According to reports, after consuming MSG some restaurant diners experienced symptoms including a burning sensation at the back of the neck, blistering on both arms and occasionally on the anterior thorax, general weakness, fatigue, and palpitations. Headaches were also common.﻿﻿

If you suspect that you are sensitive to MSG or would like to avoid the additive, be sure to ask about it when ordering at a Chinese restaurant. Many restaurants choose not to use the additive due to concerns overreactions. You can also make your own wontons at home to control the ingredients.

There are many ways to prepare wontons. Ground pork, chicken, shrimp, are the most popular fillings. Vegetable fillings might include Chinese daikon, stem lettuce, fennel leaves, chives, cabbage, cucumber, celery, or spinach. In the U.S. cream-cheese filled wontons are also popular.

Many times, the terms wonton, potsticker, and dumpling are used interchangeably. The three foods are very similar. Wontons are technically a type of dumpling, but usually, the wrapper is thinner. Potstickers are another type of dumpling. Potsticker fillings are usually similar to dumpling fillings and wonton fillings, but potstickers are usually steam fried.

If you buy frozen prepackaged wontons, store them in the freezer and use them by the "best by" date on the package for the best flavor and food quality. If you make fresh wontons or bring them home from a restaurant, store them in the refrigerator and consume within 2-3 days.

You can buy wonton wrappers or rice paper in most grocery stores. Use them to prepare your own wontons at home. This way you can customize the meat, seafood, and vegetables according to your own taste preferences. You can also control the amount of sodium that is used and flavor the dumplings with other savory spices like ginger or scallions.

To make wontons at home, blend the savory ingredients such as ground pork, ground chicken, ginger, red pepper flakes, chives, and soy sauce. If you don't want to add meat, consider using finely chopped veggies and mushrooms. Some people also include corn starch as a binder.

Mix the ingredients well, then place about a half tablespoon of the filling on top of each wonton wrapper. Wet the edges of the wrapper then fold diagonally to create a triangle. Then fold the two ends together again and seal by pressing the edges with damp fingers.

Once your wontons are prepared, you can boil them, steam them, or fry them. If you want to dip them in soy sauce, look for a lower sodium brand to limit your salt intake. Some people also dip wontons in sriracha, hoisin sauce, or oyster sauce. 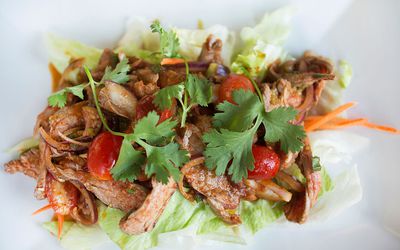 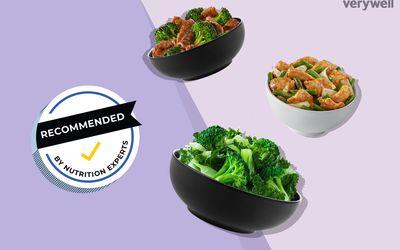 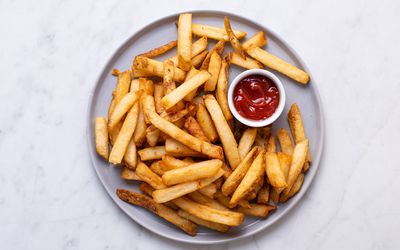 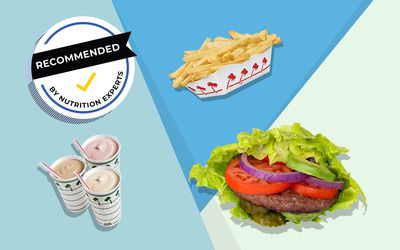 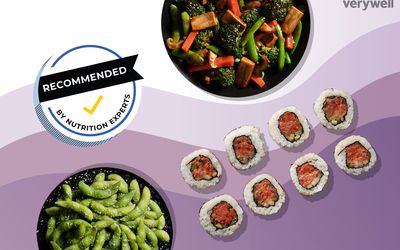 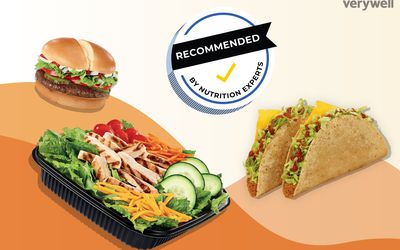 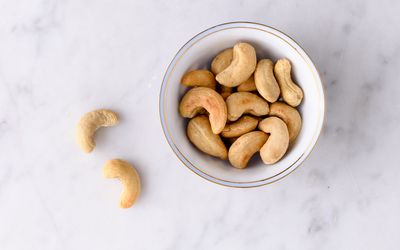 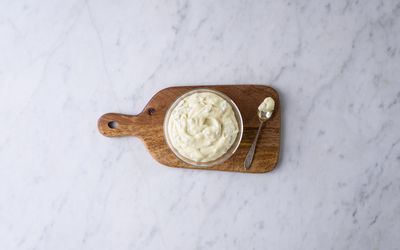