Power yoga is a general term used to describe a vigorous, fitness-based approach to vinyasa-style yoga.﻿﻿ Though many consider power yoga to be superficial "gym yoga," this style of yoga practice was originally closely modeled on the Ashtanga method.

Power yoga incorporates the athleticism of Ashtanga, including lots of vinyasas (series of poses done in sequence) but gives each teacher the flexibility to teach any poses in any order, making every class different. With its emphasis on strength and flexibility, power yoga brought yoga into the gyms of America as people began to see yoga as a way to work out.

The term "power yoga" became popular during the mid-1990s when two American yoga teachers who had studied with Ashtanga guru Sri K. Pattabhi Jois began to make what they had learned more accessible to Western students. They also wanted to move away from the rigid Ashtanga sequence, which is a set series of poses that are always done in the same order.

Bryan Kest, based in Los Angeles, and Beryl Bender Birch, based in New York, are most often credited with the nearly simultaneous invention of power yoga on opposite coasts. Both were part of the second generation of American Ashtanga students.

Kest originally learned from David Williams and Bender Birth from yoga guru Norman Allen. Williams and Allen were both among Jois's first western students. Kest went on to study with Jois in Mysore, India. Bender Birch, who had previously done Sivananda, Kundalini, and Iyengar yoga, worked with Jois during his trips to the United States in the 1980s.

Kest and Bender Birth both used the term power yoga to differentiate the intense, flowing style of yoga they were teaching from the gentle stretching and meditation-based practices that many Americans associated with yoga.

Bender Birch has said that when she started calling her classes power yoga, she still taught the Ashtanga sequence of poses. However, some conventional yoga teachers dismiss power yoga as a gimmick that undermines the holistic and spiritual foundations of the classic forms of the practice and places too much stress on physical exercise.

Larry Schultz, who studied Ashtanga with Jois beginning in the 1980s, also introduced a form of power yoga at his iconic San Francisco studio, "It's Yoga," in the early 1990s. Schultz broke with Jois's method by mixing together poses from the first three Ashtanga series. Schultz later codified his approach into a style he named "rocket yoga."

Baron Baptiste is another well-known yoga teacher who has successfully established his own style of power yoga, Baptiste Power Vinyasa. Baptiste had also studied Iyengar and Bikram. Using the non-specific term power yoga gave each of these innovators the freedom to draw methods and poses from all their influences simultaneously to create something new.

Many gyms and health clubs, in particular, have taken up the term as a way to let their clientele know that this is a serious exercise. If you decide to try a power yoga class, prepare to work hard and to work up a sweat.

Power yoga classes will vary widely from teacher to teacher, but they usually include far more intense flowing yoga poses than chanting and meditation. They can be a vigorous workout that burns calories and can help keep you fit.

Power yoga enthusiasts say it enhances stamina, flexibility, posture, and mental focus. Like all physical activities, it also relieves tension﻿﻿ and releases toxins through sweat. Because it is rigorous, it burns more calories than most traditional forms of yoga and therefore can help with weight loss.

Before you take the plunge, keep in mind that power yoga is hard work and is not for everyone.

If you have any concerns, it's best to consult with your healthcare provider before trying power yoga or any form of strenuous physical exercise.

How to Combine Kettlebells and Yoga
2 Sources
Verywell Fit uses only high-quality sources, including peer-reviewed studies, to support the facts within our articles. Read our editorial process to learn more about how we fact-check and keep our content accurate, reliable, and trustworthy. 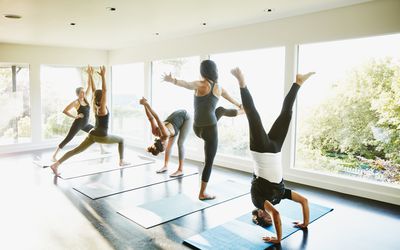 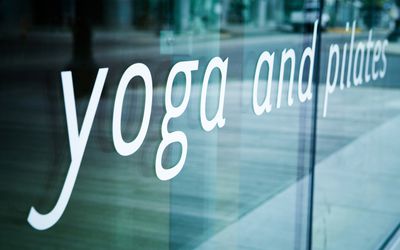 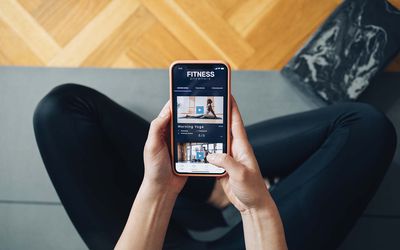 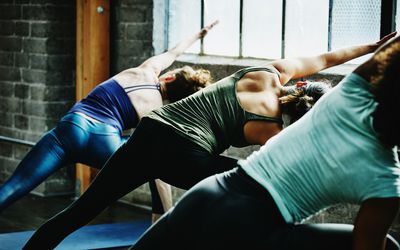