What Is The Paleo Diet?

The paleo diet emphasizes eating similarly to our Stone Age ancestors, prior to the emergence of structured agriculture. Proponents claim that our genetic makeup is not matched for a diet that includes foods from modern farming, such as grains or dairy.

There are several positive attributes to the diet, like increasing vegetable intake and eating fewer processed foods. A review study published in 2019 noted that previous scientific studies had noted weight loss, but the actual health benefits aren't clear and more research is needed.﻿﻿

However, weight loss can also be achieved with a less restrictive meal plan. Because this diet does eliminate major food groups, it can be difficult (and expensive) to follow long term.

“The paleo diet encourages people to eat similarly to the Paleolithic era and emphasizes animal protein. Eating this way is expensive and restricts several food groups. Many experts see this restriction as unsustainable, with increased risk for missing out on nutrient variety.”

The paleo diet attempts to replicate the eating habits of our ancestors from the Paleolithic, or Stone Age, Era. This time frame began around 2.5 million years ago and ended around 10,000 years ago. During this period, humans needed to act as hunter/gatherers in order to meet their nutritional needs.

Though this eating style is quite ancient, the "diet" - as it's promoted today - didn't enter current society until the 1970's. A gastroenterologist named Walter Voegtlin published a book called The Stone Age Diet in 1975. Though Voegtlin had some extreme beliefs, it was the first publication that introduced a paleo style diet to the masses.

However, the diet did not really pick up steam until the early 2000's, perhaps most famously popularized by Loren Cordain with the book The Paleo Diet. Between this publication, several other books, and many bloggers embracing paleo, the diet's following continued to grow until peaking around 2013-2014.

To replicate ancestral eating, paleo proponents recommend consuming lots of meat, fish, vegetables, and nuts, along with some fruit. Unfortunately, you'll have to skip over all grains, dairy, and legumes - as these were not consumed (or at least not consumed in large amounts) prior to advances in agriculture.﻿﻿

In addition, added sugars (except for small amounts of maple syrup and honey), artificial sweeteners, and most processed foods are also not allowed.﻿﻿

Because there is no one "official" set of paleo diet guidelines, opinions diverge on certain topics. For example, some paleo proponents say that grass-fed butter and fermented dairy is OK to eat, while others say all dairy products are off-limits.

Aside from the specific food lists, there are no other requirements for the paleo diet - no specific calorie restrictions, macronutrient percentages, or meal timing requirements. This is similar to the Wild Diet but puts more emphasis on local and whole foods.

The paleo diet certainly has some redeeming qualities. You'll eat more whole foods, and as such, cook more and eat out less. You'll likely increase your intake of fruits and vegetables, while simultaneously reducing your intake of processed foods. All of these changes may lead to weight loss, improved cardiovascular health, and a longer life.﻿﻿

However, the paleo diet is somewhat restrictive. Scientific evidence does not support strict elimination of foods like grains or dairy, with the exception of medical issues - and cutting these out of the diet may lead to some nutrient shortcomings.﻿﻿

In addition, the diet is time-consuming and costly. Research has shown it's more expensive than other eating plans, due to the elimination of budget-friendly staples like grains and beans, as well as the emphasis on grass-fed beef and wild-caught fish.

Because the paleo diet guidelines vary based on the book or website you’re reading, there are bound to be a few points of confusion. Let’s break down some common myths:

Myth: The paleo diet is exactly how our ancestors ate in the Stone Age.

Fact: It is impossible for us to know exactly how our ancestors ate. While anthropologists and researchers can attempt to nail down broad facts – for example, that there was a combination of hunting animals and gathering available plant-based foods – there is far less data on specific percentages of foods. In addition, foods were different thousands of years ago than they are now. Because of this, there is no “official” paleo diet but rather general guidelines that seem to fit that era.

Fact: In all reality, our ancestors were probably more “gatherer” than “hunter” in certain locations and at certain times of the year. Produce should thus be a major staple in the paleo diet.

Myth: Scientific evidence supports the elimination of grains, legumes, and dairy from the paleo diet because these are harmful to many people.

Fact: We lack any strong, current scientific evidence that shows removing grains, legumes, or dairy improves health – with the exception of people that have medical issues, like celiac disease.

That said, it is certainly possible to eat a healthy diet that doesn’t include these foods. It just requires more careful planning to ensure you meet your nutritional needs.

Fact: Some paleo proponents claim that our genetic makeup is not designed for the diet that came along with modern farming. However, evolutionary genetics has suggested that we can have some shifts in genetic makeup, even in as short a time as 10,000 years.

For example, prior to the domestication of cows for milk, most people did not produce lactase (to breakdown the lactose sugar in milk) after infancy. However, our current genetic makeup now allows for many people to produce lactase throughout adulthood.

If you’re searching for a new diet, you’ll come across tons of options that you might consider in addition to the paleo diet. Here’s how a few popular diets compare to paleo:

Of course, it’s also important to compare any diet to the USDA nutrition recommendations. Clearly, the paleo diet differs considerably. While grains and dairy make up two prominent groups in MyPlate, they are eliminated on the paleo diet. Similarly, while legumes like beans and lentils are normally embraced as plant-based protein sources, these are also off-limits on the paleo diet.

While your calorie and nutrient needs can still be met without these foods, you’ll need to put extra care into planning a balanced paleo diet.

Remember, there is no “official” definition of paleo. While different people have put together guidelines based on their interpretations of our ancestors, no one truly knows exactly what a paleolithic era diet was like.

If the paleo diet feels overly restrictive, it may be difficult to follow long term. Instead, you can modify the diet to fit your needs in a way that works for your body or choose another diet that feels more attainable. The best diet is one that’s feasible to stick to for life and that helps you feel great. 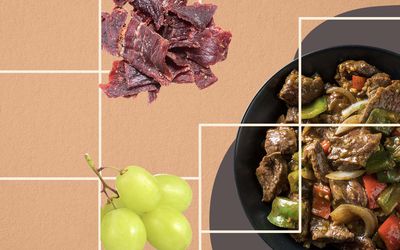 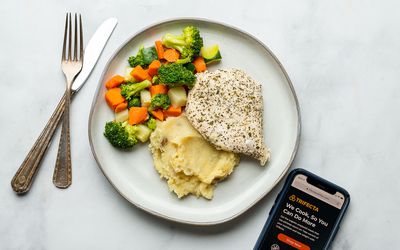 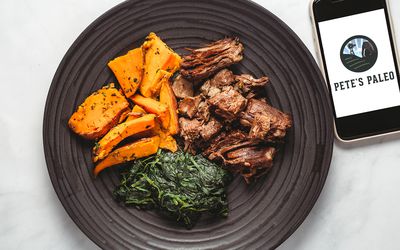 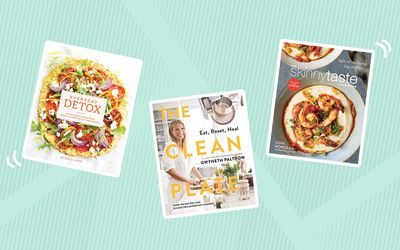 The 13 Best Cookbooks of 2023, According to a Dietitian 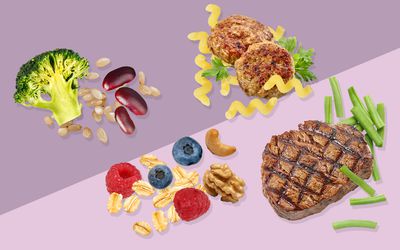 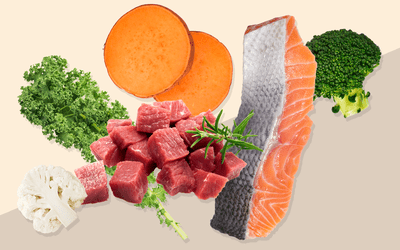 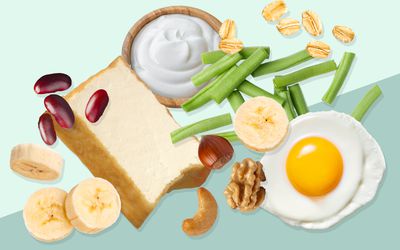 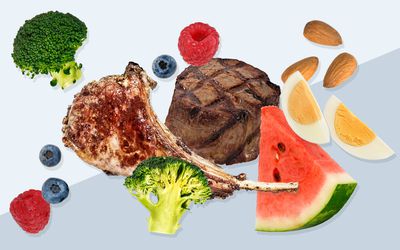 What Is the Pegan Diet? 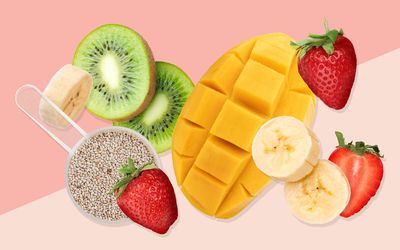 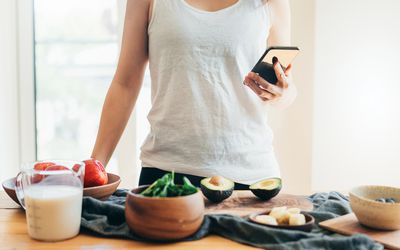 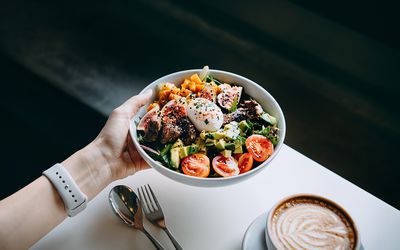 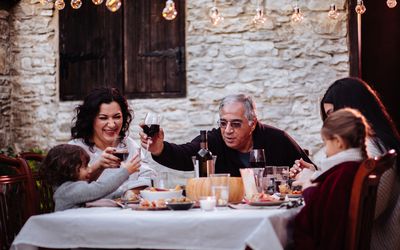 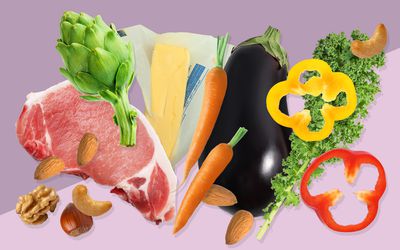 What Is the Wild Diet? 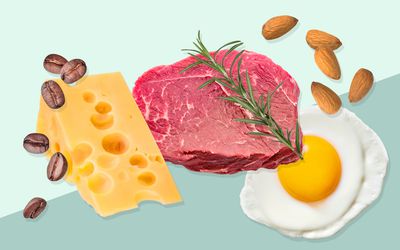