Healthy eating is an excellent goal, but when taken to an extreme, pursuing the so-called "perfect" diet can actually become an unhealthy obsession. When people become fixated on eating “right” to the detriment of their mental health or overall wellness, they may be diagnosed with an eating disorder known as orthorexia nervosa—sometimes simply called orthorexia.

Nine percent of the general population (28.8 million Americans) will have an eating disorder in their lifetime. Orthorexia is a relatively new disorder in scientific literature, so it’s difficult to say how many people suffer from it. But that doesn’t mean there aren’t resources for understanding and treating this condition.

Read on for signs, causes, and treatment of orthorexia nervosa.

What Is Orthorexia Nervosa?

Orthorexia nervosa is characterized by an extreme fixation on healthy or “clean” eating. (Its name comes from the Greek “ortho,” meaning “correct” and “orexi,” meaning “appetite.”) This focus may lead people to adopt ritualistic eating behaviors, only eat a small number of approved foods, or avoid eating in social situations, as they may believe they must rigidly control which foods are acceptable for their health. An obsession with the “correct” diet may even crowd out other interests, taking over a person’s thought life.

Extreme tunnel vision on approved foods can lead to harmful consequences. “Orthorexia nervosa is a serious condition that can have significant negative impacts on mental, physical, and emotional health,” says Christine Byrne, MPH, RD, a dietitian who specializes in eating disorders and disordered eating.

For example, someone with orthorexia nervosa might feel unable to eat foods family or friends have prepared for them, or unable to dine out at restaurants, since they can’t be sure of the ingredients used in each food. People with orthorexia might also lose an unhealthy amount of weight by avoiding entire groups of foods.

Despite its known hallmarks, orthorexia has not been researched as thoroughly as many other eating disorders. “Although the term orthorexia nervosa has been around since 1997, it's not an official diagnosis,” says Byrne. In fact, orthorexia is not found in the DSM-5, the manual that serves as a gold standard for mental health diagnoses. Though some practitioners hoped it would be included when this manual was revised in March 2022, that was not the case.

While it’s only natural to feel concerned about the healthfulness of food (especially if you’re pursuing a specific wellness goal or are eating to manage a health condition), orthorexia is distinguished by its level of extremity. Someone with orthorexia might spend exorbitant amounts of time curating their meals, consuming media related to their chosen diet, or scouring menus before dining out. For some people, the condition also involves linking their self-worth with what they eat.

Since orthorexia is a relatively new diagnosis, its causes are still being investigated. But like all disordered eating patterns, orthorexia likely stems from a variety of factors, both personal and cultural.

“Although there's not much research into orthorexia and its causes, the authors of a 2020 investigation found that the factors influencing orthorexia include personal beliefs about food and health, past trauma, perfectionism, and the way food and bodies are talked about by parents and social groups (particularly fitness or health-related groups),” says Byrne.

According to a 2021 review, orthorexia typically does not appear overnight but develops slowly—often beginning as a well-intentioned desire to pursue a healthy diet that evolves into an obsession. The review found that demographic markers of individuals who may struggle with orthorexia often include being female, having an intermediate-to-high level of education, and having an active lifestyle.

It’s important to note that larger societal forces might be behind an uptick in orthorexia cases. Given that the social and digital environment plays a significant role in how individuals think about food, they’re a likely culprit in orthorexia development.

A 2017 study, for example, revealed that increased Instagram use was linked to increased symptoms of orthorexia. “Social groups are hugely influential in the development of orthorexia,” Byrne confirms. Whether online or in-person, friend groups can easily turn into echo chambers of belief. “Many people who struggle with orthorexia are surrounded by others with similarly black-and-white beliefs about food and healthy eating.”

Currently, there are no clinical treatments developed specifically to address orthorexia nervosa. If you or a loved one has been diagnosed with this disorder, treatment will probably be highly individualized, depending on its underlying causes and the practitioner you work with.

Eating disorder treatment as a whole is a work in progress, because we're still in the early stages of learning about these disorders, particularly among diverse populations.

Still, many concepts used in the treatment of other eating disorders can be helpful for people with orthorexia. Some options include dialectical behavior therapy, cognitive behavioral therapy, and medications, including anti-anxiety medications and antidepressants.

Since orthorexia involves a fear of certain foods, people with orthorexia may especially benefit from exposure therapy, a process often used to treat phobias.

“A dietitian might work with someone to challenge these fears one food at a time through repeated exposures,” Byrne explains. “This means deliberately eating a ‘fear’ food in a comfortable environment with people you trust, and repeating this several times over the course of weeks or months until the food gradually starts to become less scary and more normal. After several exposures, it gets easier to introduce new foods and eat once-feared foods without anxiety.”

Finally, evidence-based nutrition education from a registered dietitian can help people with orthorexia to let go of false beliefs about the healthiness (or unhealthiness) of certain foods. “A huge part of orthorexia treatment is helping the patient unravel their orthorexic beliefs about food. That might mean going over certain aspects of nutrition science to make it clear that our bodies were made to eat all kinds of different foods, or explaining how and why most so-called ‘toxic’ ingredients are actually completely safe to eat in normal amounts,” notes Byrne.

In recent years, you’ve probably heard the term “diet culture” tossed around in the media. This term refers to the glorification of dieting—and, specifically, losing weight—often at the cost of other aspects of health. Diet culture invokes all-or-nothing thinking about food, labeling certain foods “good” and others “bad.”

It’s not surprising, then, that experts have speculated that America’s history of diet culture has pushed many people toward orthorexic beliefs.

“In diet and wellness culture, there's so much fear-mongering about food. It's common to see foods described as good or bad, healthy or unhealthy, which just feeds orthorexic thinking,” says Byrne. “In reality, no one food will make or break your health. Food doesn't have moral value—you're not a better or worse person because of what you eat.”

It's often difficult to admit having a problem with food obsessions, especially when you suspect people may judge you harshly. But if the description of orthorexia sounds familiar to you and you are wondering if your relationship to food could be problematic, speak to a qualified professional, such as a registered dietitian or psychologist.

Body Checking Explained, Plus How to Address It
12 Sources
Verywell Fit uses only high-quality sources, including peer-reviewed studies, to support the facts within our articles. Read our editorial process to learn more about how we fact-check and keep our content accurate, reliable, and trustworthy.
Additional Reading 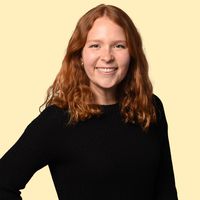 Lily Moe is a former fitness coach and current Editor for Verywell Fit. As a wellness enthusiast, she can often be found in a hot yoga studio, trying a new recipe, or going for a long run in Central Park.

Learn about our editorial process
See Our Editorial Process
Meet Our Review Board
Share Feedback
Was this page helpful?
Thanks for your feedback!
What is your feedback?
Related Articles