Omission Beer and other so-called "gluten-removed" beers are brewed with barley (which contains gluten) but undergo a process that breaks down gluten. However, researchers have found that they may not be genuinely gluten-free, and therefore they may be unsafe for people with celiac disease.

According to recent research from the Gluten Intolerance Group, despite gluten-free marketing claims, gluten-removed beers are not guaranteed safe for those with celiac disease and non-celiac gluten sensitivity.

What Really Happens With Gluten-Removed Beer

To make this type of beer, brewers start with barley, which gives the beer a traditional flavor (not everyone is a fan of the taste of beer brewed with gluten-free grains like sorghum). Then, they add an enzyme known as Brewers Clarex that breaks down gluten and other proteins.

Note that we said "breaks down" gluten. The enzyme doesn't actually remove the gluten from the beer. Instead, it actually breaks down the gluten molecule (which, at the molecular level, is made of two proteins: gliadin and glutenin.)

Once the gluten is broken down into tiny particles, it becomes too minuscule to be detected in most laboratory tests and, in theory, too insignificant for your body to detect (and experience a reaction to), as well.

Gluten detection isn't a particularly straightforward process, and there are several methods in use that can produce different results when used to test the exact same product.

To test its finished beer, Omission Beer—one of the brewers using this process — uses a gluten test called the R5 Competitive ELISA (enzyme-linked immunosorbent assay), which tests foods that are "hydrolyzed" or broken down.

This test looks for a specific chain of the gluten protein and returns a negative result if it doesn't detect it.

But Are Those Gluten Fragments Potentially Problematic?

Researchers are still not sure whether these tiny gluten protein fragments can still cause reactions and damage to the small intestine in those with celiac disease. The scientific community also has some concern that the R5 Competitive ELISA misses gluten that other testing methods can detect.

Because of the potential for a false-negative result in gluten testing, a 2012 ruling by the Alcohol and Tobacco Tax and Trade Bureau (TTB) prohibited manufacturers of brewed beverages (like beer) and distilled beverages (like vodka and whiskey) from using the term "gluten-free" on product labeling if it contains gluten ingredients like wheat, barley, or rye—even if the gluten is removed.

However, a revision to that policy in 2014 superseded those restrictions, stating that products containing trace amounts of gluten—such as gluten-removed beer—are permitted to use the gluten-free claim so long as the product falls below the FDA's requirement of 20 ppm, and the gluten removal process is clearly explained on the label.

The label must also include a visible disclaimer that the product may contain trace amounts of gluten.

While the TTB has primary jurisdiction over beer, the FDA's gluten-labeling rules extend to beer less than 7% ABV, including most gluten-removed beers. In August 2020, the FDA decided on fermented and hydrolyzed foods and beverages that bear the gluten-free claim, which includes gluten-free and gluten-removed beer.

In the ruling, the FDA stated that since there is no way to scientifically evaluate the safety of gluten-free beer with absolute certainty for those with celiac disease, the agency will closely monitor all hydrolyzed and fermented foods and beverages that are either made from gluten-free grains or go through a gluten removal process.

The agency will also evaluate compliance of manufacturing processes for hydrolyzed and fermented products making gluten-free claims until a "scientifically valid method" of testing is developed.

The study conducted by the Gluten Intolerance Group and published in the Journal of AOAC International in 2017 sought to answer whether people with celiac disease can safely drink gluten-removed beer.

The study, conducted at the University of Chicago Celiac Disease Center, used blood samples from 31 people with celiac disease to find out whether they experienced a reaction to gluten-free beer, gluten-removed beer, and conventional beer.

The study found evidence of an immune system reaction to the gluten-removed beer in two people with celiac disease whose blood was tested but not in any of the control subjects.

Therefore, the researchers concluded, the study may indicate that gluten-removed beer still contains fragments of gluten even after the hydrolyzed process that can cause people with celiac disease to react.

Some people with celiac disease and non-celiac gluten sensitivity report that they're just fine after drinking Omission and other gluten-removed beers, while others have said that those beers gave them a bad reaction. Therefore, you'll need to be cautious as you weigh your decision to drink these beers or not.

Fortunately, there are multiple truly gluten-free beers on the market you can drink. Alternatively, you can stick with gluten-free hard cider or other types of gluten-free alcoholic beverages such as vodka made from potatoes or most types of wine. 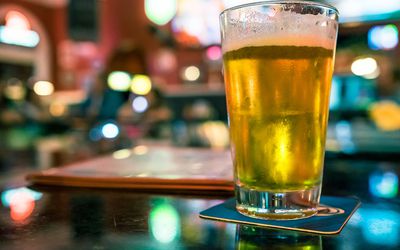 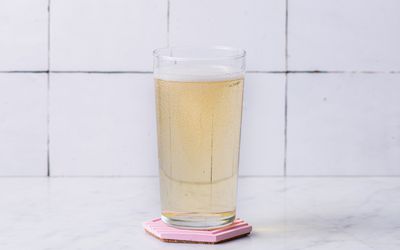 Gluten-Free Hard Cider and Other Alternatives to Beer 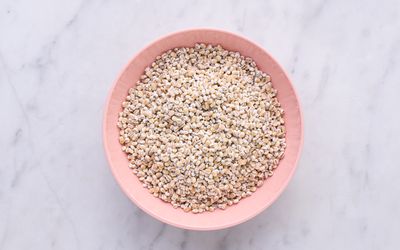 Can You Eat Barley If You Are Gluten-Free?