Although farro is a form of wheat, it's not the same type of wheat that's used to make conventional bread, flour, and baked goods. Farro produces a heavier, denser brown flour when compared to the flour produced from modern wheat.

The term 'farro' has Italian roots and is used to refer to the older wheat species spelt, Einkorn, and emmer. In Italian, farro piccolo is Einkorn wheat, farro medio is emmer wheat, and farro grande is spelt wheat, reflecting the differing sizes found in otherwise similar grains.

The species of wheat known collectively as farro are closely related to modern-day wheat, and all contain gluten. However, they may not contain as much gluten as modern-day wheat, which has undergone a high degree of what is called hybridization, or cross-breeding designed to emphasize certain desirable traits.

Hybridization has increased the amount of gluten found in modern wheat and has made the plants themselves shorter, browner, and more prolific. Farro, meanwhile, is largely the same grain as it was 100 years ago or more.

Farro is often steamed or boiled in salads, soups, and vegetable dishes, especially in Italian and other southern European cuisines. Since it's used as a whole grain, it's considered a healthy addition to the diet for people who don't have celiac disease or gluten sensitivity.

Farro is often labeled only as "farro" and not as "wheat." Because of this, farro represents a real dietary danger to people with celiac disease and non-celiac gluten sensitivity, who may not realize that it's a form of wheat and is therefore a gluten-containing grain.

Gourmet and health food stores are increasingly including farro in prepared dishes sold in the deli section and, in many cases, it's not labeled as wheat...only as "farro." Sometimes labels may be missing the "contains wheat" allergy warning.

Also, farro grains look remarkably like brown rice, so it's easy to miss that farro is actually wheat. Always double-check the ingredients of anything you're planning to eat if you want to avoid gluten.

Some people maintain that ancient forms of wheat are safe (or at least safer) for those with a gluten-related condition since they contain somewhat less gluten and a somewhat different form of gluten than what is found in modern-day wheat.

You can find various reports online of people who have celiac disease or non-celiac gluten sensitivity who say they are able to consume ancient wheat strains, such as Einkorn and spelt, without problems.

However, scientific studies have shown that the gluten in these ancient grains still has the potential to cause villous atrophy in those with celiac disease. It's not clear whether it represents a danger to those with gluten sensitivity (studies haven't been done to test it), but it's best not to try it. Einkorn wheat is not really gluten-free.

People with celiac disease and non-celiac gluten sensitivity should steer well clear of farro and any prepared foods that include the grain in their list of ingredients.Unfortunately, there are many ways these grains (along with other types of tricky, often-misleading gluten grain products) can sneak into prepared foods.

Farro looks quite a bit like brown rice and could be included in mixes of rice and other grains. Wild rice blends are the most common culprit for mixing gluten grains into otherwise safe grain blends.

Since farro is considered both trendy and healthy (it is a whole grain, after all), restaurants and delis may use it in dishes where you're not expecting it and may not label it correctly. Some chefs aren't even aware that farro is a form of wheat.

The bottom line: Always do your due diligence and ask many questions before eating anything that looks even the slightest bit suspect. You don't want to polish off a delicious grain salad or a bowl of soup that contained "brown rice," only to find out afterwards that it wasn't brown rice after all—it was farro. 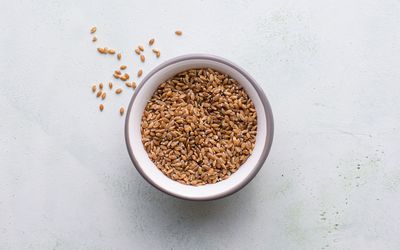 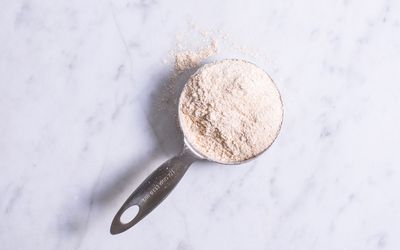 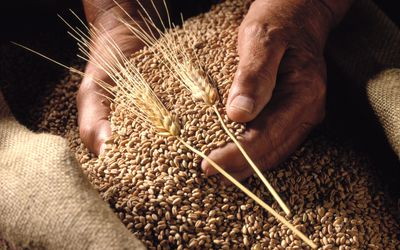 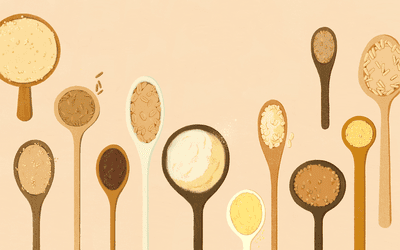 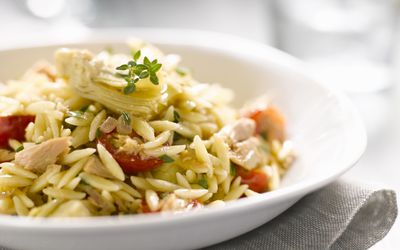