Darla Leal
Darla Leal is a Master Fitness Trainer, freelance writer, and the creator of Stay Healthy Fitness, where she embraces a "fit-over-55" lifestyle.
Learn about our editorial process
Medically reviewed
Verywell Fit articles are reviewed by board-certified physicians and nutrition and exercise healthcare professionals. Medical Reviewers confirm the content is thorough and accurate, reflecting the latest evidence-based research. Content is reviewed before publication and upon substantial updates. Learn more.
by
Tyra Tennyson Francis, MD

Inadequate sleep can interfere with optimal body function and overall fitness. If you have trouble sleeping, you might have heard that melatonin could help. Melatonin is a naturally occurring hormone in the body. It can also be taken as a supplement.

According to research, melatonin can not only improve sleep patterns but also has other potential positive effects on the body. It appears that melatonin might increase metabolism, weight loss, and provide protection for muscle tissue.﻿﻿

To better understand how a common sleep aid could help with body fat reduction and enhance muscle, start by learning how melatonin functions in the body.

An Overview of Reducing Body Fat

The Role of Melatonin

Melatonin (sometimes called the "darkness hormone") is secreted by the pineal gland in the brain to help regulate our circadian rhythm.﻿﻿ Our circadian rhythms work best when we have regular sleep habits. It’s also quite sensitive to external cues like sunrise and sunset.

Your circadian rhythm is the internal clock that your body runs on over a 24-hour period. Essentially, it's the motor that controls your sleep-wake cycle.

When it gets dark outside and is close to bedtime, our brain stimulates the release of melatonin, which makes us feel tired. Melatonin reaches peak levels in the middle of the night while we’re sleeping. As the sun rises, melatonin levels drop, which signals the body to wake up.

Melatonin is the main hormone regulating our circadian rhythm, which is why it's important to address imbalances in the hormone if you have sleep problems.

Body composition, energy levels, nutrition, and the ability to exercise can all be affected by inadequate sleep.

Melatonin might increase metabolism and improve our ability to lose weight. Some research shows that melatonin supplementation can aid in fat burning, leading to a reduction in body fat and an increase in lean muscle mass. To try to prove this theory, researchers conducted a study that examined how melatonin affected body composition, lipid levels, and glucose metabolism in postmenopausal women.

Menopause is a time in life when people can find it more difficult to lose body fat and gain muscle. For the small randomized study, 81 postmenopausal women were supplemented with melatonin (1 mg or 3 mg nightly) or a placebo for 1 year.

The participants' body composition was measured using a DXA scan prior to and after the trial period. Blood was drawn to record the baseline and ending values of how melatonin affected leptin and adiponectin, as well as insulin levels. Collectively, these hormones help regulate the body's metabolic processes (including fat burning and glucose regulation).

The research findings suggest that melatonin has a beneficial effect on body composition and fat oxidation (burning). Supplementing with melatonin for 12 months could help reduce body fat, increase lean mass, and increase levels of adiponectin (which improves fat burning).

Melatonin has been shown to increase the lean mass of postmenopausal women. Other research has indicated that the hormone also protects athletes from muscle damage.﻿﻿

A balanced and protective internal environment is essential to building muscle. Oxidative stress occurs because there is an imbalance or compromise of normal body function in response to intense exercise. This state can lead to muscle fatigue and damage along with decreased energy.

In 2017, researchers conducted a study to examine the effect of melatonin on chemical reactions and muscle damage in resistance-trained athletes.﻿﻿ During the short randomized study, 24 athletes were supplemented with either melatonin (100 mg/day—an amount that is significantly higher than what the body naturally produces each day) or a placebo.

During the trial period, participants were required to increase their exercise intensity. High-intensity exercise can cause the body to release chemicals that are potentially harmful to our muscles and cells. The researchers performed blood tests to check participants' levels of these chemicals as well as enzymes and antioxidants that are beneficial to muscle growth.

The results of the study suggested that:

Though this was a small trial, the researchers concluded that melatonin was beneficial to resistance-trained athletes. Melatonin might help prevent exercise-induced oxidative stress and could offer muscle tissue protection against oxidative damage.

Melatonin is considered a powerful antioxidant and has been shown to improve immune function. Research has demonstrated that the antioxidant properties in melatonin can help protect our body from free radicals (reactive molecules that are potentially harmful to the body) and cellular damage.﻿﻿

Numerous studies have shown that both naturally occurring and supplemental melatonin could potentially protect the body from disease caused by free radical damage.

Several studies have indicated melatonin could have potential benefits beyond sleep, including:﻿﻿

Even though melatonin supplements are available over-the-counter (OTC), you should always talk to your healthcare provider before taking a supplement. While it might have some benefits, further research is needed to provide more conclusive evidence on the benefits and appropriate dosage.

Should You Take Melatonin?

The evidence seems to indicate that melatonin can be beneficial in improving our health and fitness. However, that doesn't mean that supplementing with melatonin is right for you. Your body might already be producing adequate levels of melatonin to support optimal fitness.

According to the National Institutes of Health (NIH), melatonin might help some people with sleep problems related to insomnia, jet lag, or shift work. Although the physiologic dose (.1 to .5 mg) of melatonin has been shown to be effective for certain types of insomnia and as a treatment for jet lag, the efficacy and safety of larger doses remain questionable.

Higher doses of melatonin can actually raise our body's levels of the hormone even during the day, which can alter our normal day/night circadian rhythm.

It’s unclear whether there is enough evidence to support melatonin as a treatment for other conditions. Although research has discovered some initial positive clinical findings, more research is needed. And, like other supplements, melatonin is largely unregulated by the by the Food and Drug Administration (FDA).

There is currently no evidence-based, widely agreed-upon recommended dose for melatonin supplements. Most studies begin with a conservative dose (less than 0.3 mg per day)—which is close to what our body produces naturally. Providers might make a broad recommendation to start with the lowest dose needed to achieve the desired result.

Melatonin is indicated as a safe supplement to take short-term, but more research is needed to investigate the safety and effectiveness of long-term use.

There are also possible side effects of taking melatonin, including:﻿﻿

Talk to your healthcare provider about melatonin supplementation and consider the following precautions:

Melatonin could have the potential to help some people lose fat, gain muscle, and improve their overall health in other ways. While some of the research findings are positive, more studies need to be conducted in humans to determine the health benefits (and possible risks) of melatonin supplementation.﻿﻿

While it appears to be a safe short-term treatment option for sleep problems and possibly other conditions, there is a lack of research on how safe and effective it is to take melatonin supplements for longer periods.

There is also no evidence-based recommended dose. In general, it's advised that you start with a small dose and only take as much as you need to get the effect you want. You should also not take melatonin if you are pregnant or breastfeeding. If you have depression, take any medications, or are concerned about the possible side effects of melatonin, talk to your healthcare provider.

The 8 Best Melatonin Supplements, Approved by a Dietician
8 Sources
Verywell Fit uses only high-quality sources, including peer-reviewed studies, to support the facts within our articles. Read our editorial process to learn more about how we fact-check and keep our content accurate, reliable, and trustworthy. 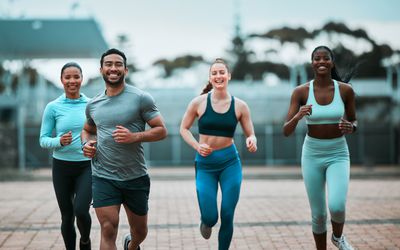 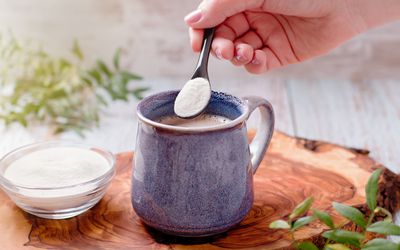 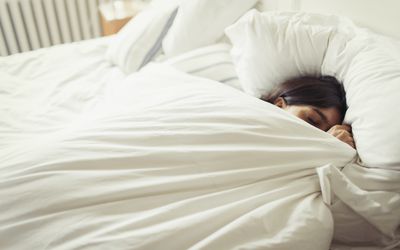 The Health Benefits of Dream Water 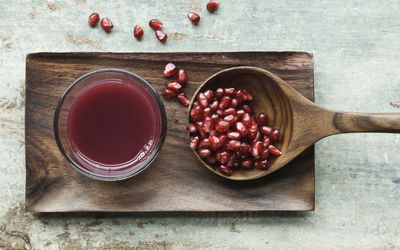 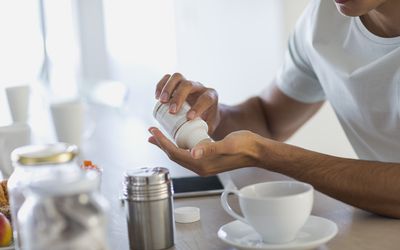 The 8 Best Melatonin Supplements, Approved by a Dietician 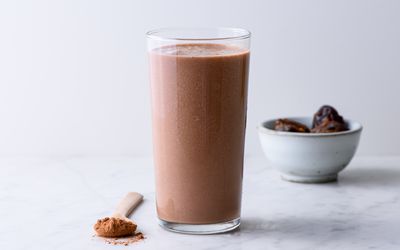 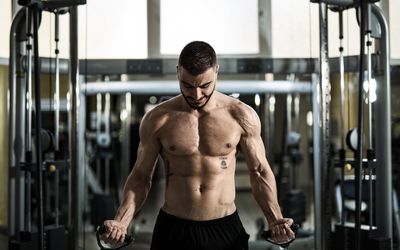 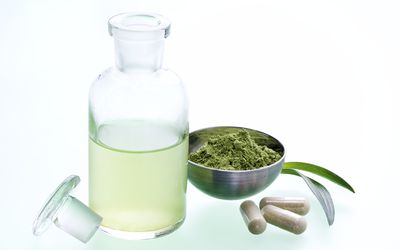 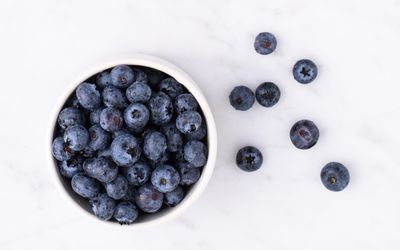 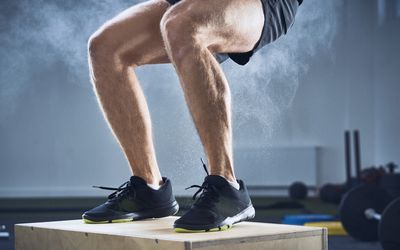 Why You Might Be Gaining Weight After Working Out