Increasingly, supermarkets are providing lists of gluten-free products, or even labeling foods "gluten-free" right on the shelf. This practice makes it easier for people who are following a gluten-free diet because they have celiac disease or non-celiac gluten sensitivity.

However, there are gluten-free hazards that you probably don't expect. Certain popular foods that you might assume to be gluten-free (or at least free from gluten ingredients), actually contain hidden gluten or carry a significant risk of gluten cross-contamination, simply because of the way they're processed.

These are six hidden sources of gluten that are commonly found in supermarket foods. Learn how to avoid them and what you can buy to replace them in your shopping cart.

You'd think that the rotisserie chickens sold in grocery stores should be gluten-free. But most are not. The problem is not the chicken, but rather the preparation of the bird.

Many grocery stores add a light dusting of flour on the skin of the chicken to make it crisper. There may also be gluten ingredients in the spices, rub, or sauce used to add flavor.﻿﻿

But even if none of these ingredients is used, cross-contamination in the cooking and packaging of the bird may cause exposure to gluten.

In fact, many stores cook and sell fried chicken right alongside their rotisserie chickens. To stay gluten-free:

It's a gluten-free urban myth that many deli meats contain gluten ingredients as fillers. In the vast majority of cases, deli meats and cheeses are made with gluten-free ingredients. However, that doesn't mean you can safely order deli products sliced to order at the counter.

Some deli products carry a significant risk of gluten cross-contamination.﻿﻿

In addition, you're at risk for plenty of gluten cross-contamination in the deli, due to the fact that the slicing machines aren't cleaned more than once or twice a day, and sandwiches (constructed with wheat-based bread) are made in the deli. To stay gluten-free:

Supermarket-based soup and salad bars often look tempting. They contain fresh, healthy food for a meal that requires little effort on your part. You might convince yourself that you can choose the items that seem gluten-free and leave the "gluten-y" foods behind.

While you might get away with picking and choosing from options that are less likely to contain gluten, the risk of gluten cross-contamination is high.

For example, it is easy for a customer to drop a crouton in the (otherwise gluten-free) ranch dressing, or to dribble a bit of tabbouleh into the quinoa. To stay gluten-free:

Most cheese is naturally gluten-free. So people who follow the gluten-free diet can eat it unless they're also sensitive to casein (a milk protein) or other milk-based ingredients. However, you should avoid cheese that have been packaged in the supermarket.

The reason? Most stores have the deli counter package cheese. This area of the store is used to cut sandwiches and other gluten-containing foods. The risk of cross-contamination is high.﻿﻿ To stay gluten-free:

How to Buy Gluten-Free Cheese
5

It's so tempting to buy products out of the bulk bins in supermarkets, health food stores, and co-ops. The items generally are much less expensive than packaged goods.

But bulk bins hold special risks for people who need to follow a gluten-free diet. Customers share scoops between the bins, putting you at risk for cross-contamination.

For example, a customer might scoop almonds with a tool that previously was used for whole wheat flour—leaving a residue on the almonds. Also, store workers don't always clean the bins properly before repurposing it for another bulk product. To stay gluten-free:

The risk is that a stray breadcrumb will make its way next door to a plain chicken breast, or that the marinade used will contain a splash of wheat-based soy sauce.

Some butcher counters are better than others in mitigating this cross-contamination risk by separating prepared items from plain items with shields and barriers. Still, you'll need to be careful. To stay gluten-free:

The gluten-free diet is complicated and carries a steep learning curve, so don't beat yourself up if you didn't know these sources of hidden gluten in the supermarket. It pays to be vigilant and to question every food on the shelves, particularly foods that are processed or packaged right there in the store.

Not all store-packaged and store-prepared foods are problematic. Cut-up fruits and vegetables, for example, are usually quite safe because they're generally packaged in the produce section, far from bread crumbs in the deli and gluten marinades in the butcher department.

When in doubt about a particular product, ask to speak to the department manager. That person should have some training in allergens and should have an understanding of the particular risks in that department. 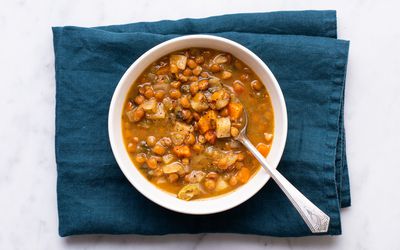 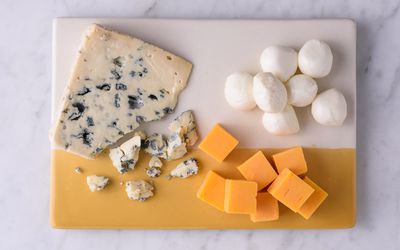 How to Buy Gluten-Free Cheese 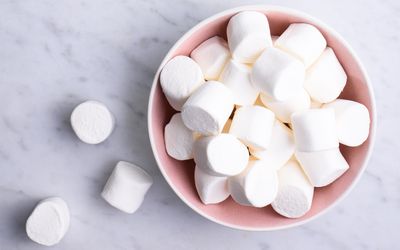