When it comes to oysters, people seem to either love them or hate them—or are nervous to try them. Whatever your opinion on oysters, there's no denying the many oyster nutritional benefits.

These small, tasty morsels don't require any chewing but are very high in essential minerals and protein. Perhaps the impressive nutrition facts for oysters will inspire you to give them a try if you haven't already.

The following nutrition information is provided by the USDA for 3 ounces (85g) of raw oysters without the shell.

There are very few carbohydrates in oysters with just over 4 grams in a 3-ounce serving.

There is less fat in oysters than carbohydrates, with just 2 grams per 3 ounces.

Oysters are packed with protein. A 3-ounce serving of oysters provides 8 grams of protein and all of the essential amino acids.

Despite being low in calories, oysters are high in vitamins and minerals. Oysters are a good source of zinc, selenium, copper, iron, and vitamin B12.

One serving of oysters (about 3 ounces) provides 69 calories.

Oysters are rich in nutrients with several associated health benefits. Here's what the research says about this unassuming seafood.

Oysters are very high in zinc, with just 1 ounce exceeding the recommended dietary allowance (RDA) of zinc for adults. Zinc plays an essential role in the immune system and has been shown to reduce the duration of the common cold when provided as a supplement during the early stages. Including oysters in your meal plan will help prevent a zinc deficiency and bolster your immune system throughout the year.

Seafood is a heart-healthy choice, and that includes oysters. For adults, consuming 8 ounces of seafood per week is associated with a lower risk of heart disease. Seafood is a good source of lean protein and omega-3 fatty acids. Oysters even contain some potassium, which helps lower blood pressure. Substituting seafood for other types of meat is an effective strategy for supporting heart health.

May Help Lower Risk of Osteoporosis

Preliminary studies show that certain components in oysters suppress the generation of osteoclasts which are responsible for bone breakdown and loss. Although more human studies are needed to confirm this benefit, the protein and calcium content in oysters appear to be promising for bone health.

Oysters are a lean protein, commonly eaten as an appetizer or as a main course. Unlike many fried or breaded appetizers, oysters provide protein with minimal carbohydrates and fats. Protein is known to impact several appetite hormones, providing a sense of satiety and reducing food subsequent intake.﻿﻿ Choosing oysters when eating out can help you feel full and avoid high-calorie meals with less nutritional benefits.

Iron from animal foods, like oysters, is more easily absorbed by the body. We absorb 2–3 times more iron from animal foods than plant foods. To prevent iron deficiency anemia, add oysters to your menu. Additionally, oysters contain vitamin B12, which reduces the risk of another type of anemia (called macrocytic anemia).

Shellfish allergies are common and may be triggered by exposure to oysters. Symptoms range from mild to severe, such as hives or eczema to more serious anaphylaxis. See your doctor if you suspect an allergy to shellfish.

Antibiotics and penicillamine (a medication for rheumatoid arthritis) may interact with zinc. Because of oysters' high zinc content, it's wise to eat oysters a few hours apart from when you take these medications.

There are four common oyster species and dozens of different varieties. Oyster varieties taste different depending on the water in which they're grown.

Oyster species include Eastern or Atlantic oysters (crisp and salty), European Flat oysters (lemony and metallic), Olympia oysters, and Pacific oysters (mild, meaty, and sweet). Many oyster varieties are named for their place of origin, such as Bluepoints (an Eastern/Atlantic variety) and Belon (a European Flat variety). The only oyster indigenous to the West Coast is the Olympia oyster, which is also the smallest type.

Once shucked, oysters are graded and sold based on size. Selects are the largest and standards are the smallest. Oysters are typically packaged into containers filled with their own liquid. Sizes range from 8-ounce, 12-ounce, pint, or gallon containers.

They used to say you should only eat oysters in months that have the letter "r" in them. The months that don't have an "r" include May, June, July, and August and are the warmer months when bacterial contamination is more likely. However, with modern testing methods and harvesting practices, oysters that you buy today are safe year-round. You can confidently buy and eat oysters during any time of the year.

Oysters can be eaten raw, cooked, or used in dishes such as oyster stew. Generally, raw oysters are safe to eat, but just as with the consumption of any raw fish or seafood, there is a possibility of food-borne illness. Raw oysters may be contaminated with Vibrio vulnificus,﻿﻿ which is a bacteria related to cholera. Oysters harvested in warm water are more likely to be infected than oysters collected from colder water.

Eating raw or undercooked shellfish, oysters, and clams can put you at risk of contracting bacterial vibrio infection, norovirus infection,﻿﻿ or hepatitis A (a viral disorder that affects your liver). That's because oysters filter a substantial amount of water, and if that water is contaminated with stool containing the hepatitis A virus, the oyster can become contaminated. Oysters for purchase are tested, so the risk is minimal.

A healthy person who ingests the bacteria may experience abdominal pain, vomiting, and diarrhea. However, the infection can be severe in a person who has liver disease or is immunocompromised because the bacteria can get into the bloodstream and cause septicemia, which is fatal about 50% of the time.

To minimize your risk when buying oysters, choose fresh oysters that have been harvested and processed according to safety guidelines. (Look for a tag on containers or sacks of oysters.) Throw away oysters with broken shells, and tap any open shells with your finger—a live oyster should close its shell when you tap it. If it doesn't close, throw it away.

Fresh oysters should be refrigerated at 40 degrees Fahrenheit or lower until you serve them or use them in a recipe. When you cook fresh oysters, the shells should open up. Discard any oyster shells that remain closed.

When cooking oysters, cook up to a temperature of 145 degrees.﻿﻿ Store cooked oyster dishes in the refrigerator or freezer once they're done.

Oysters are often served raw, usually sitting on the shell. To prepare raw oysters, you'll need to open them up by shucking them (use a thick towel and an oyster shucking knife), or you can buy them pre-shucked.

Oysters can also be smoked, baked, fried (as in crispy "oysters Rockefeller"), grilled, or used as the featured ingredient in dishes such as oyster stew or oyster-stuffed artichokes. Instead of preparing oysters in unhealthy fats, try steaming them or cooking in an oil-based tomato sauce.﻿﻿ 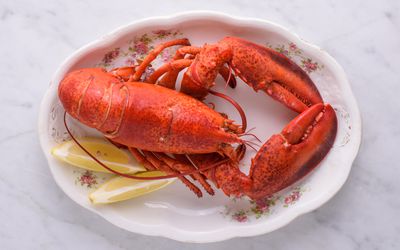 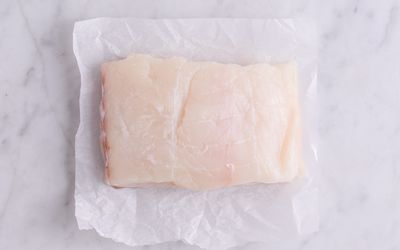 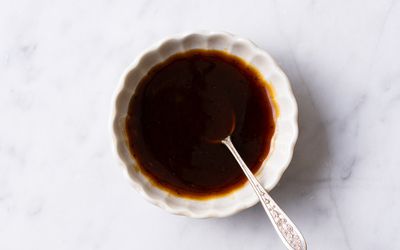 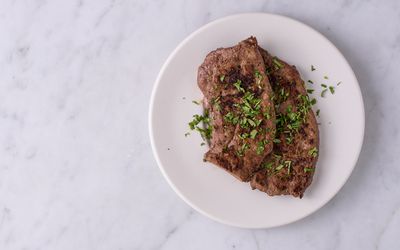 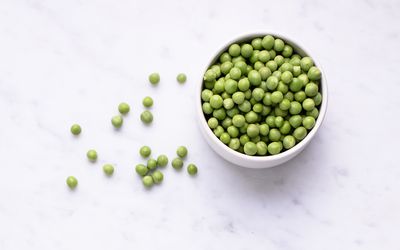