Many different types of alcohol are actually made with gluten grains, including most beers and many types of liquor. If you're following a gluten-free diet, be sure to drink only gluten-free alcoholic beverages. This is more difficult than it probably sounds, but don't despair—you actually have plenty of choices.

The following is a blueprint for alcohol you can drink

As someone with celiac disease or non-celiac gluten sensitivity (or as someone who's following a gluten-free diet for other health reasons), you need to steer clear of gluten in all forms. Often, the first time this issue comes up is when someone offers you a beer. You may not be aware that the vast majority of beer is made from gluten grains—mainly barley but sometimes wheat and rye.

All conventional beer is off-limits.

Manufacturers in recent years have begun producing a wide variety of gluten-free beer. These beers are made from gluten-free grains such as sorghum, millet, and rice.

It's often possible to find Redbridge, a gluten-free beer made by top beer manufacturer Anheuser-Busch, in restaurants and bars (especially those that also feature a gluten-free menu). Other popular gluten-free beers include Bard's, New Grist, New Planet, and Greens.

These are made from barley that's specially treated with an enzyme that breaks down—but does not actually remove—the gluten protein. Experts have questioned whether gluten testing on these beers is accurate and many people report bad reactions to them.

Beyond beer, plain wine is safe on a gluten-free diet. But if the wine you're considering drinking contains added flavorings, such as the fruit flavors and spices sometimes added to sweet dessert wines, you should be cautious and double-check the ingredients. In addition, wine coolers often contain barley malt and are most definitely not gluten-free.

Hard ciders, such as ACE Cider, Crispin Cider, and Woodchuck Cider, are gluten-free. However, other beer alternatives, including malt beverages, hard lemonade, and energy drinks, contain barley malt and are not gluten-free.

Sake can be problematic. Even though it's made from rice (a gluten-free grain), it can contain traces of barley. Additionally, some manufacturers add a small amount of alcohol distilled from gluten grains to their sake recipes. If you want to try sake, go slowly, and look for one that's labeled junmai or junmai-shu, which means it's made from pure rice.

Generally speaking, you can consume rum safely if you're following a gluten-free diet. In almost every instance, rum is gluten-free. The few exceptions to this rule include some flavored and spiced rums. If you enjoy flavored rums, you'll need to contact the manufacturer to determine if a particular product is gluten-free.

While pure rum is gluten-free, beware of pre-made mixes meant to be used with rum, such as those intended for piña coladas. Some of these contain gluten ingredients as flavoring. Again, contact the manufacturer if you're in doubt or make your own piña coladas from scratch using coconut cream and pineapple.

"Mixto" tequila obtains at least 51% of its sugar from the blue agave plant but can get the other 49% from other fructose and glucose sources.

Now, to be fair, it's very unlikely that a tequila manufacturer would use a gluten ingredient. But if you want to exercise an abundance of caution, stick with traditional, 100% blue agave tequila. Yes, it's more expensive, but it's better to be safe than sorry when it comes to your health.

If the tequila bottle does not state "100 percent agave," then it's mixto. Mixto tequilas won't be labeled "mixto," they'll just say "tequila." There are many more mixto tequila brands on the shelves than 100 percent blue agave ones, so you should begin your search by looking at top-shelf tequilas.

Lots of different types of hard liquor, including vodka, bourbon, gin, and whiskey, are made by distilling gluten grains. Although many authorities contend that alcoholic beverage distillation removes all of the gluten protein molecules that are responsible for bad gluten reactions, you should be aware that some people do get sick from distilled gluten grain-based alcohol. Therefore, you should proceed with caution until you know whether or not you're among those who react.

Here's what the experts have to say about drinking alcohol distilled from gluten grains when you have celiac disease or gluten sensitivity:

In truth, no study has actually considered whether people with celiac and gluten sensitivity can safely enjoy alcoholic beverages distilled from gluten grains without damage. A few people with gluten-sensitivity have reported issues with gin, whiskey, and gluten grain-based vodkas, while others have not.

Theoretically, distillation (if it's done properly) should remove all gluten. But not all makers of alcoholic beverages distill enough times to purify their beverages completely. In addition, some add a little of the grain "mash" (which does contain gluten) after distillation to improve color and flavor. And there's always the possibility of cross-contamination from gluten grains in the manufacturing facility.

There is speculation that tiny fragments of the gluten protein survive distillation—even when it's done properly—and that the immune systems of those who are especially sensitive to gluten can detect those fragments and react.

It's also possible that there's something else in the grain—beyond the gluten protein—that survives distillation and causes a reaction in sensitive people.

Regardless of the expert opinions on the safety of gluten-grain-based alcohol products, some people have anecdotally reported getting serious gluten symptoms after drinking them. Still, no studies have shown that spirits that are distilled cause severe reactions. All that being said, if you're newly diagnosed, you should proceed cautiously to determine if you can tolerate alcoholic drinks distilled from gluten grains. Don't drink very much initially and watch carefully for symptoms.

One symptom reported frequently is extremely fast intoxication and then a hangover that seems wildly out-of-proportion to the amount of alcohol you've consumed. In other words, if you get roaring drunk from one gluten grain-based drink and the next day have the worst hangover you can remember, you may not be able to tolerate gluten grain-based alcohol.

Again, gluten grains are most often used to produce vodka, whiskey, bourbon, rye, and gin. So, you'll need to avoid drinks made with all of these liquors unless you know the liquor in question wasn't made from wheat, barley, or rye. Fortunately, manufacturers have stepped up in recent years to offer a wide variety of alcohol—including vodka, whiskey, and gin—that aren't made from gluten grains:

Unfortunately, many types of liqueur contain gluten grain-based alcohol, which means that many mixed drinks are off-limits unless you can find gluten-free alternatives. In fact, most popular cordials and liqueurs, such as Godiva Chocolate Liqueur, are made with gluten ingredients and distilled grain alcohol made from wheat or barley.

The website for coffee-flavored liqueur Kahlua states, "The processes of distillation should eliminate cereal proteins from distilled spirit drinks and therefore distilled drinks are acceptable for a gluten-free diet. We do not add any known gluten ingredients in Kahlua Original or the Kahlua flavors." Baileys Original Irish Cream has this official statement on their website: "Baileys is produced with ingredients that do not contain gluten however we cannot guarantee that the product is gluten free."

Drambuie is made from gluten grain-based scotch whiskey plus honey and is considered gluten-free by the manufacturer. Even fruit-flavored liqueurs and other products often include "neutral" alcohol distilled from gluten grains (generally wheat).

Cointreau, an orange liqueur, is an exception to this rule. It's made by distilling orange peels. Grand Marnier, another orange-flavored liqueur that's crafted from brandy and cognac, is also a gluten-free liqueur alternative. Vodka-based cocktails may also be a safe bet since most bars feature at least one potato-based vodka. Just make sure that any mixers used are also gluten-free. 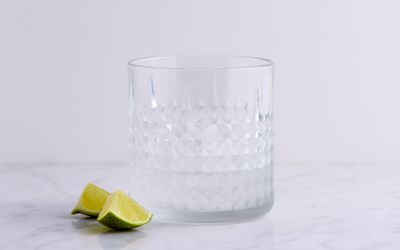 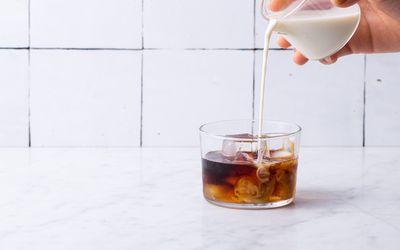 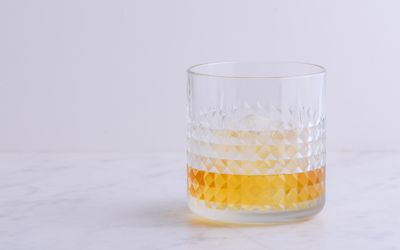 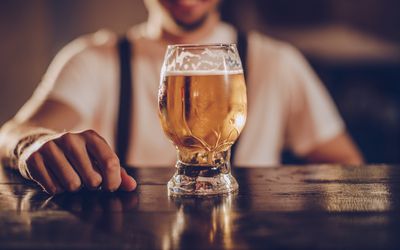