The 8 Best Shoe Deodorizers of 2022, According to a Certified Running Coach

Sweaty feet can lead to foot odor that gets trapped in your shoes. The best way to fight smelly shoes is to target the bacteria and fungus that cause the odor, rather than just trying to cover it up with chemicals.

Our top choice is the Lumi Outdoors Natural Shoe Deodorizer Spray for its natural anti-fungal and anti-bacterial properties. Odor-Eaters Talc-Free Foot Powder absorbs sweat and moisture at a wallet-friendly price.

“A good deodorizer should not only remove odors, but it should also keep them from coming back,” Drew Westervelt, founder and CEO of HEX Performance, says. "Check the formulation and see if it offers protection from the reabsorption of odors.”

The style of shoe deodorizer you use will depend on personal preference and needs. Deodorizers can come in the form of sprays, powders, pouches or inserts. Look for deodorizers that have ingredients that not only eliminate existing odor but also prevent odors from recurring and don't just cover up odor with fragrance. We’ve rounded up the top deodorizers, taking into consideration their formula, convenience, style of deodorizer, versatility, and price.

Here are the best shoe deodorizers on the market. 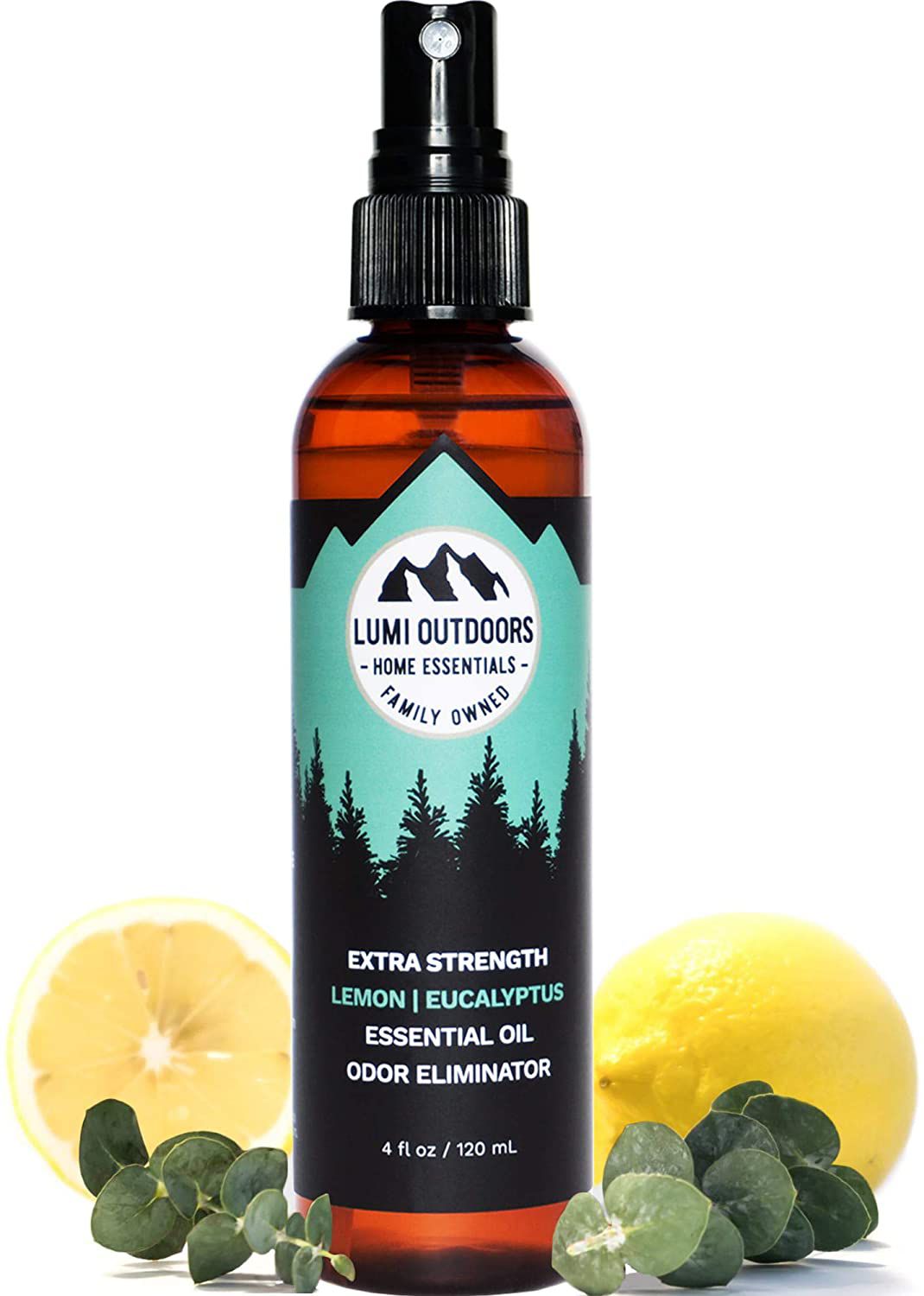 Our top choice, with its nice scent, Lumi Outdoors spray can be used at night so you'll be left with clean, fresh-smelling shoes by morning. Just a couple quick spritzes of this spray will take odors away. It’s made with natural, essential oils like organic lemongrass, mint, and tea tree oils, which contain natural antibacterial and anti-fungal properties, so it helps prevent athlete’s foot too.

One bottle contains over 700 sprays so it will last a long time and can be used on other workout gear. It comes with a 100-percent, money-back guarantee as well, so the only thing you have to lose is the stench. 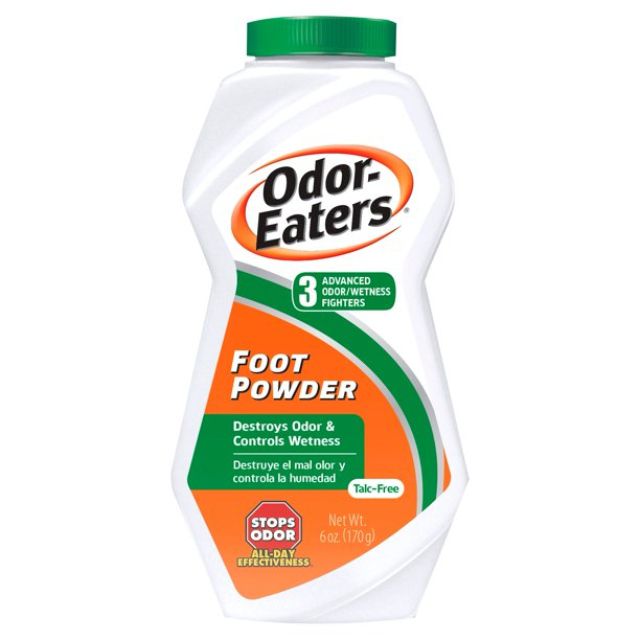 The bottle’s easy-grip design makes it simple to hold and shake the powder into your shoes without spilling. With a talc-free formula, it’s a safe and effective solution for keeping your shoes stench-free.

For an option that can be used on both feet and shoes, Dr. Scholl’s has you covered, especially if you're in a pinch. With patented Sweatmax technology, this deodorant powder promises to eliminate odor immediately and keep feet smelling fresh all day. To use, you just sprinkle on your feet (after they’ve been thoroughly washed and dried) and/or into your shoes or socks, and you’re good to go.

While some say it can be messy, if you don't mind a little maintenance, it's well-praised because it does such a good job at absorbing extra moisture and keeping feet cool, comfortable, and smelling good. Overall, we think it's remarkably effective, and the price is low, making it a favorite for people looking for relief from smelly shoes.

The 10 Best Sport Laundry Detergents of 2022 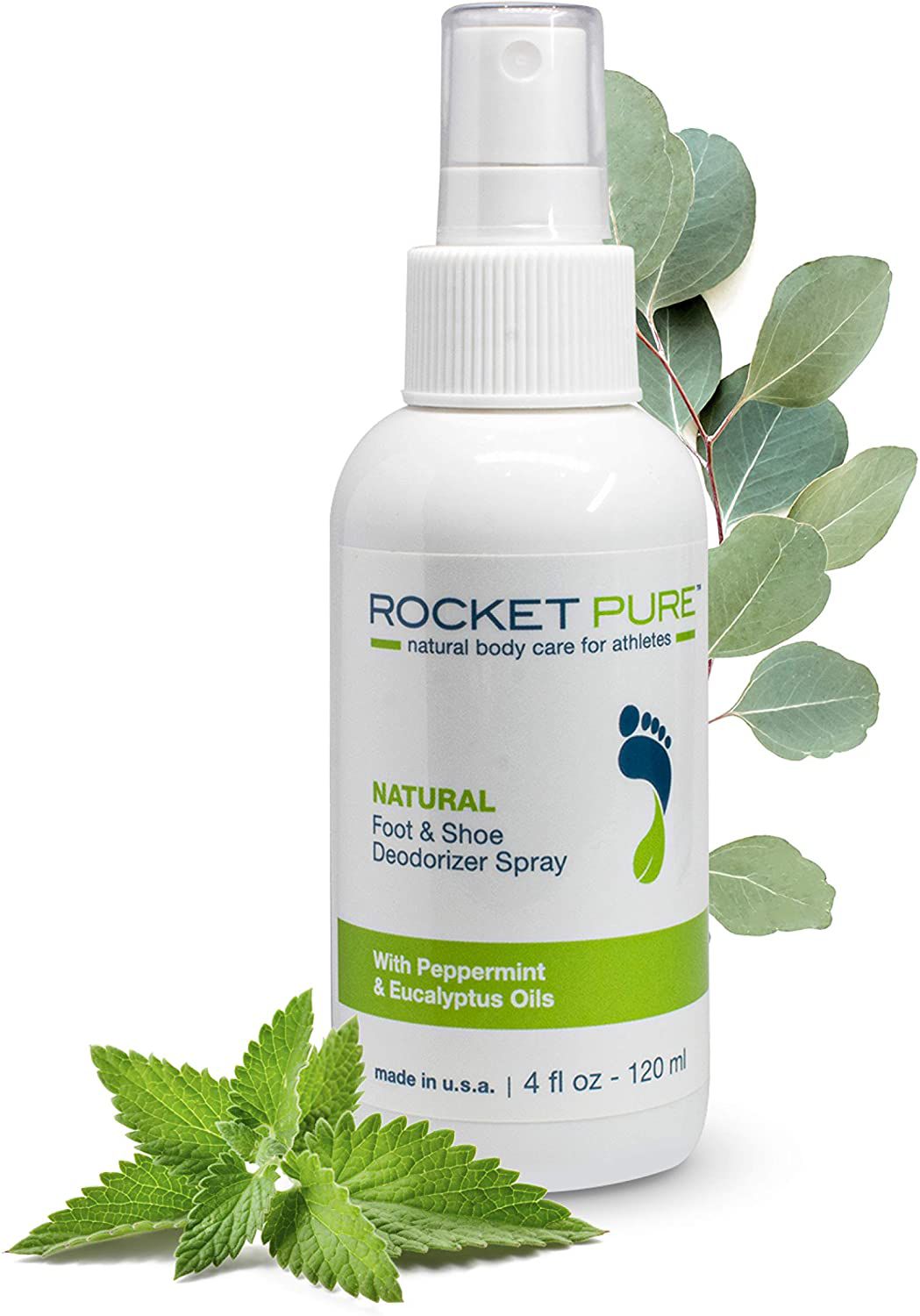 If you prefer the natural route, minus the mess, this foot spray is powerful when it comes to eliminating shoe odors—despite being gentle. It's made from essential oils, including those from peppermint, eucalyptus, tea tree, and thyme, so the scent is nice and natural with a hint of mint. There are also formulas with lemon and cedar scents to appeal to all types of preferences.

It can be used in any type of shoes, from ballet slippers to running shoes and work boots, so you're set if you're involved in multiple sports or activities, or just have a lot of gear. You can also spritz it into gym bags, backpacks, and other places that smell less than fresh.

It comes with a 100-percent satisfaction guarantee, so if it doesn’t work for you, rest assured you'll receive a refund. The spray form is ideal if you're on the go and want to avoid any maintenance that comes with powders. 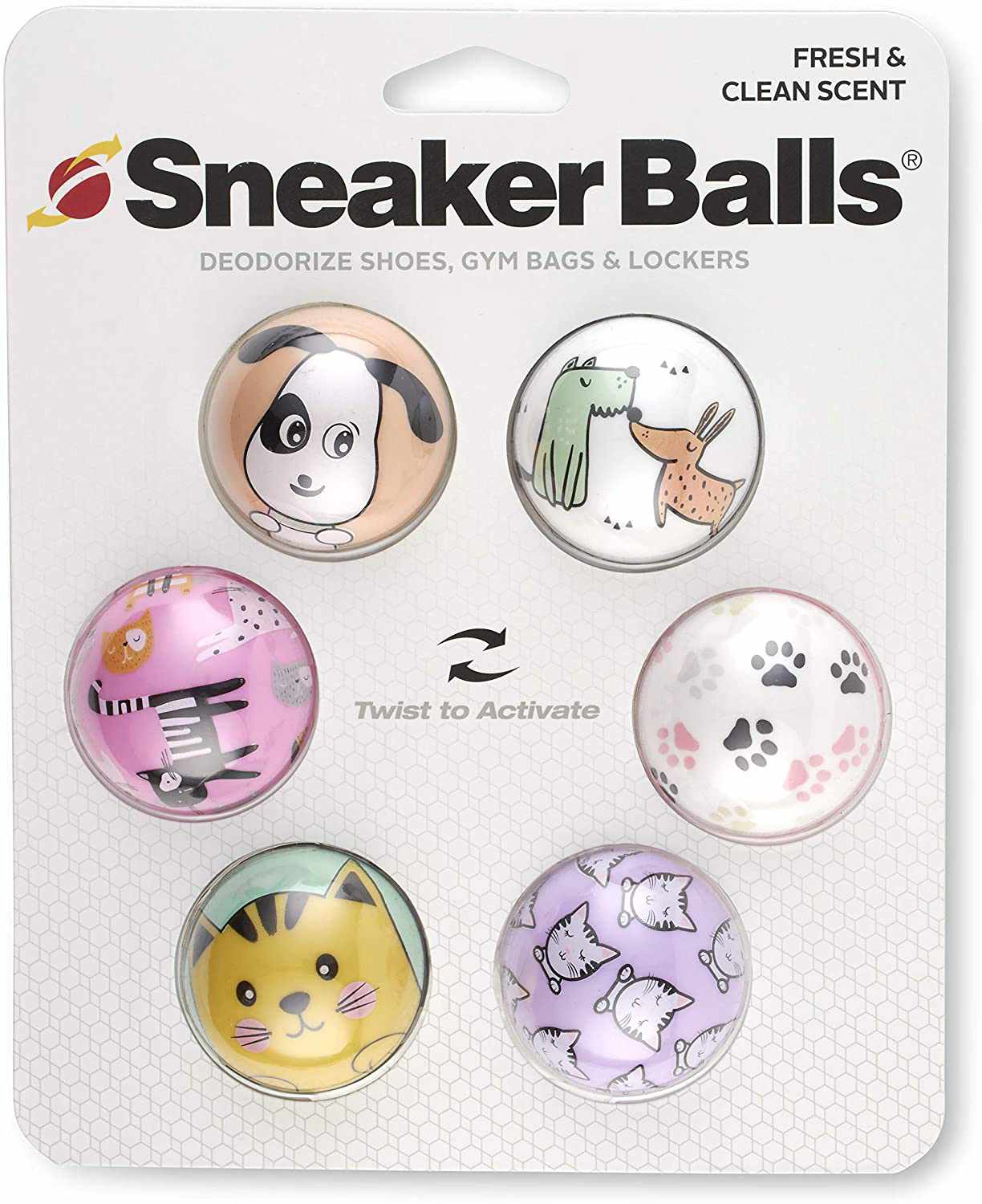 Kick shoe odor to the curb with these little sneaker balls from Sof Sole. They measure just 1.5 inches in diameter, so they’re travel-friendly, and they do a major job when it comes to eliminating shoe odor.

All you need to do is give them a twist, then a special odor-busting scent is released. When you remove them, you twist them again to keep the scent inside. Each set lasts up to six months, and they come in a variety of fun colors and designs, which make kids more likely to use them.

Additionally, this pack comes with three sets of balls, so whenever you need to use multiple at once, you can throw them in a bunch of different shoes—or in your gym bag. 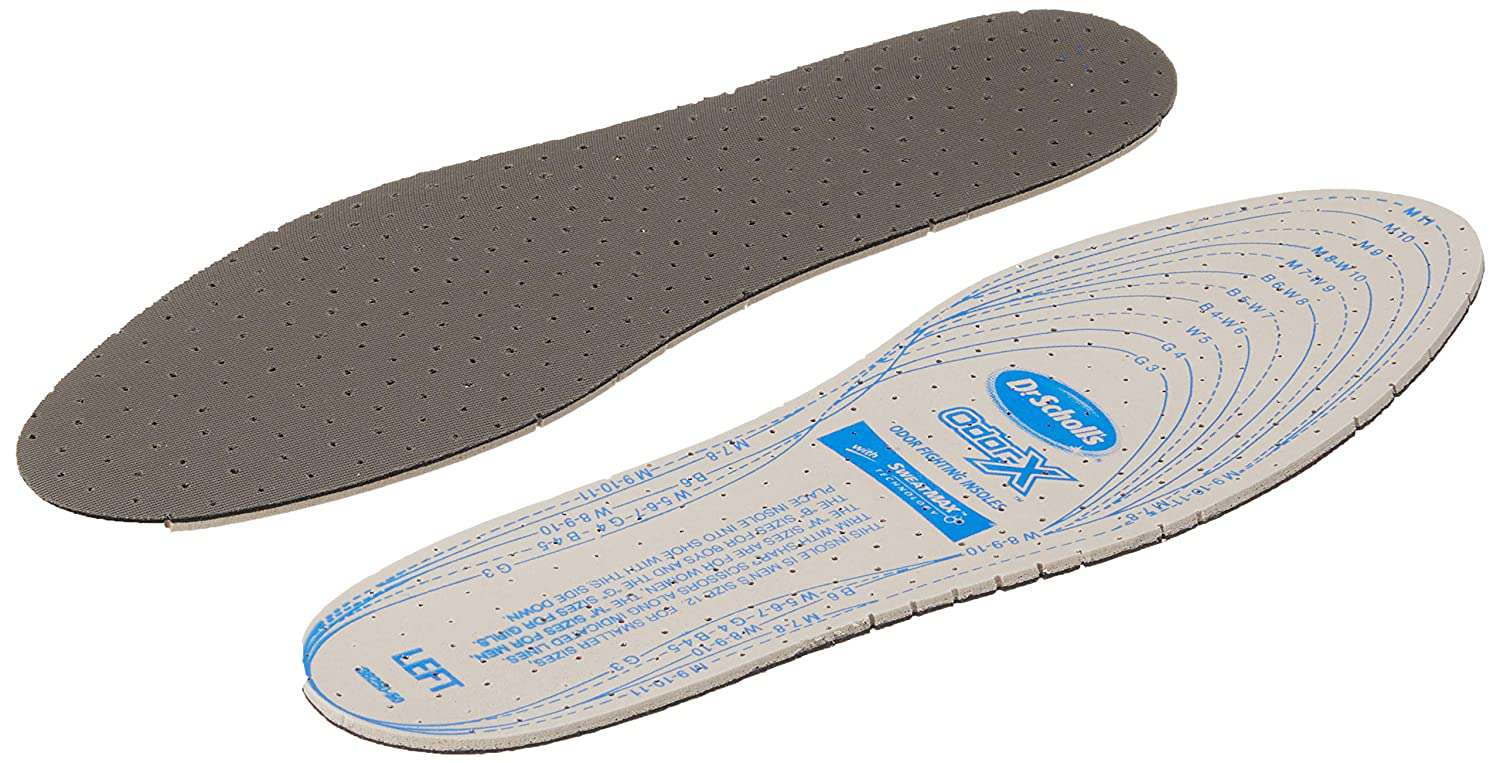 For an easy, odor-eliminating solution, try these insoles from Dr. Scholl’s. No need to mess with sprays or powders—simply place them in your shoes and they'll work to absorb moisture and eliminate odor all day. They’ll last up to about six months.

We like that they simultaneously absorb moisture and eliminate odor and that the extra cushioning makes them comfortable to wear. Wearable for all genders and most sizes of feet (even children) they can be trimmed for a customized fit. However, according to Dr. Scholl's, if you wear a size 12 or larger, they might not be long enough for full coverage.

The 9 Best Insoles of 2022, According to an Expert 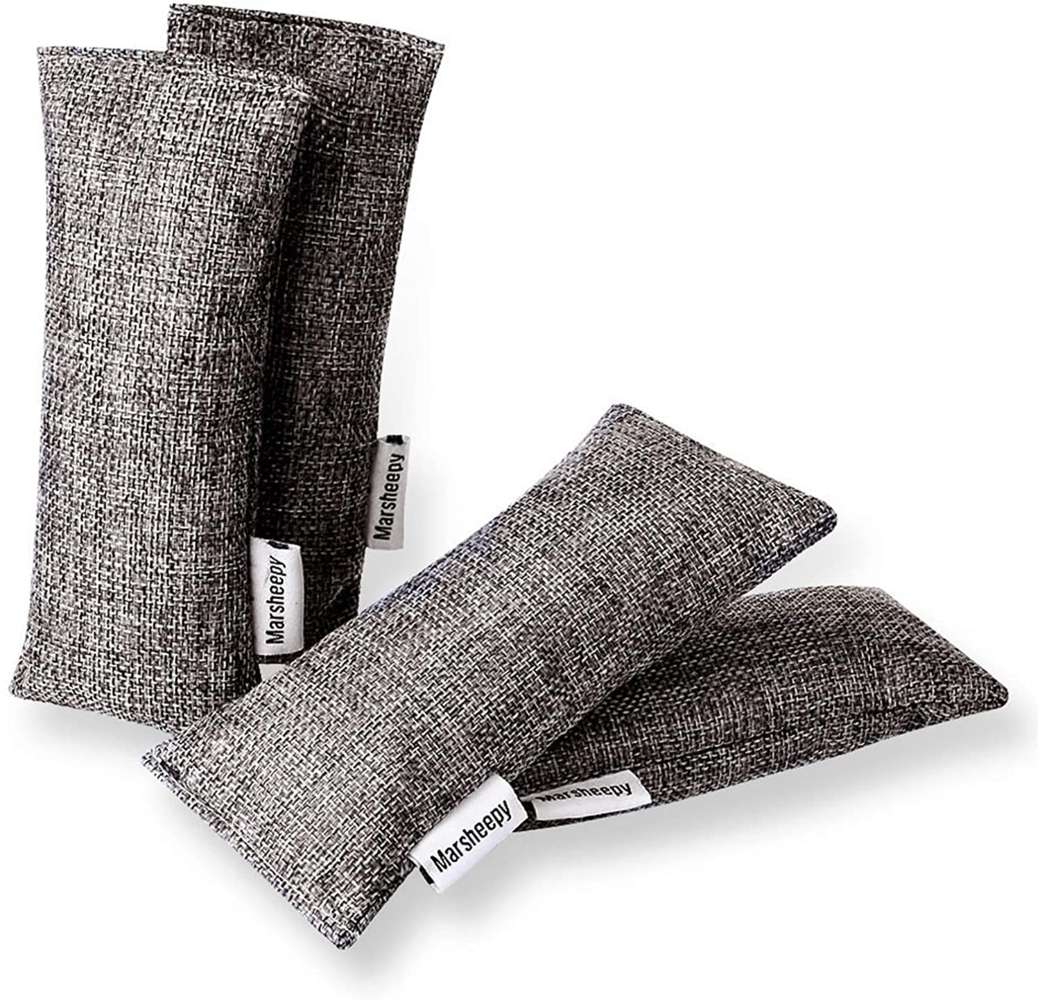 If you don’t want the muss and fuss of powders and sprays, these bags from Marsheepy may be the stink-busting solution for you. Each bag is filled with 50 grams of bamboo charcoal, which safely purifies the air and absorbs excess moisture. To use, you simply need to place them in the sun for a couple hours each month, and they’re good to go. Ideal if you're looking for a long-term solution, these can be used for up to two years.

This pack comes with 12 bags, so you can put them in various pairs of shoes as well as other places you want to keep smelling fresh, such as your gym bag, car, or locker. They're a great value for the price and offer an alternative to chemicals to keep shoes and other items smelling fresh and clean. 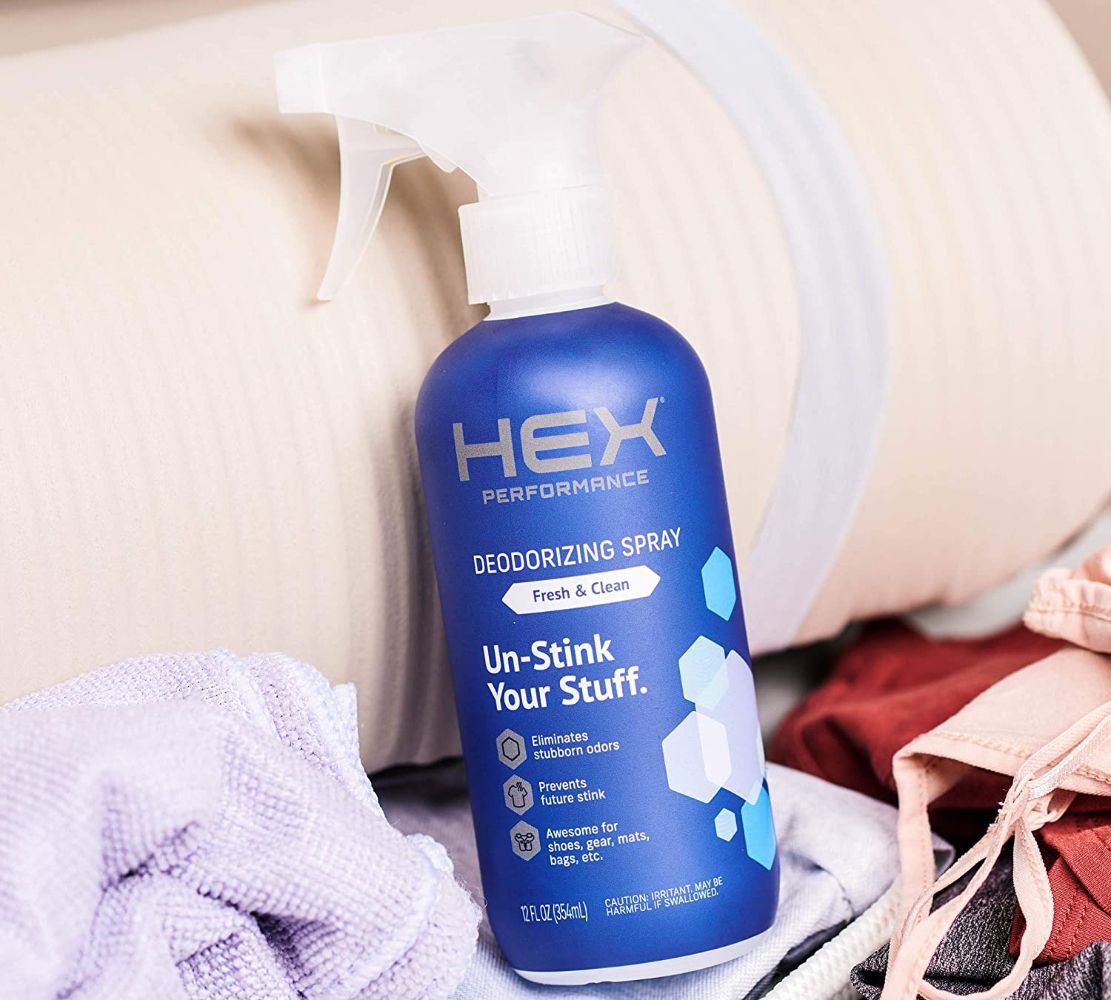 If your shoes have stubborn odors, but you can't bring yourself to toss them out yet, consider the powerful HEX Performance Deodorizing Spray as your last effort. Better than scent boosters, it captures odor at the source and is made specifically to clean, protect, and deodorize shoes, as well as other athletic gear.

Simply hold the bottle about six inches from the shoes and lightly mist the inside and outside so it can neutralize the bad smells. Suitable for more than just shoes, it also works well on other equipment that can’t be put in the washing machine, like yoga mats, cycling gear, and weighted vests.

The formula is biodegradable, alcohol-free, vegan-friendly, and is totally free of parabens and sodium lauryl sulfate. It’s available in a Fresh & Clean scent and fragrance-free option.

For an effective solution to stinky shoes, Lumi's Outdoors Natural Shoe Deodorizer Spray (view at Amazon) is an easy, no-fuss choice that you can feel good about. With its soothing and smell-masking essential oil scents and natural list of ingredients, it will give your shoes a pleasant smell with just a few spritzes.

If you'd rather opt for a shoe deodorizer that will last you for years, consider Marsheepy's Charcoal Shoe Deodorizer Bags (view at Amazon). Rather than masking unpleasant scents, they absorb odors to keep shoes smelling fresh, lasting up to two years of use.

What to Look for in Shoe Deodorizers

Some forms of shoe deodorizers include sprays, powders, pouches, balls, and shoe inserts. All can be effective, so the right product for you depends on your needs and preferences.

Sprays are convenient and can often be used for other athletic gear, but you usually can’t wear your shoes right away after spritzing them, which requires planning ahead. A deodorizing powder helps to eliminate odors and prevent future stink by keeping your feet dry. However, some people find powders to be messy.

Deodorizing pouches absorb odors in your shoes and can also be used to neutralize smells in other areas, such as a gym bag. Balls are also easy to use by simply inserting them into your shoes. One downside of pouches and balls is that their odor-fighting power sometimes diminishes after just a few months, so they're better as a short-term option.

Finally, shoe inserts are worn inside your shoes, so they keep working to eliminate odors and absorb moisture the entire time you’re wearing them. On the other hand, some people have a hard time finding inserts that are comfortable or the right size.

“Most deodorizers just cover up stink with fragrance, they don’t actually remove it or the cause of the odor,” Westervelt says. “Look for products that lift dirt, grime, body oil, and bacteria from the surface of shoes to get rid of immediate odors, but also ones that leave behind a protective barrier to keep odors from recurring.”

Natural ingredients such as baking soda, zinc oxide, and activated charcoal will neutralize and absorb odors. People with children or pets often prefer all-natural deodorizers because of concerns about adverse effects.

Some shoe deodorizers have chemical ingredients that are fast-acting and very effective at disinfecting bacteria and fighting bad smells. To prevent irritation, you’ll want to avoid direct contact with your skin.

Some shoe deodorizers are scented with common fragrances such as lavender, peppermint, and chamomile, typically through essential oils. If you prefer unscented products, you can opt for an odorless shoe deodorizer that's specifically marked as fragrance-free. Form-wise, sprays and powders typically have scented options, but pouches and balls are often unscented.

Some deodorizers are designed specifically for shoes, but other anti-odor products can be used for additional products and places. For instance, pouches work well for lockers and gym bags, while sprays can sometimes be used on other workout gear or as a room freshener. If you’re very active or have multiple places you store your gear, you may want to consider a product that can serve double-duty.

An avid runner, marathon running coach, and fitness writer, Christine Luff, ACE-CPT, loves researching and testing the latest and greatest fitness gear and gadgets. Her decades of running experience have helped her understand the value of using the best gear to improve comfort and performance.

Was this page helpful?
Thanks for your feedback!
What are your concerns?
1 Source
Verywell Fit uses only high-quality sources, including peer-reviewed studies, to support the facts within our articles. Read our editorial process to learn more about how we fact-check and keep our content accurate, reliable, and trustworthy.
Related Articles